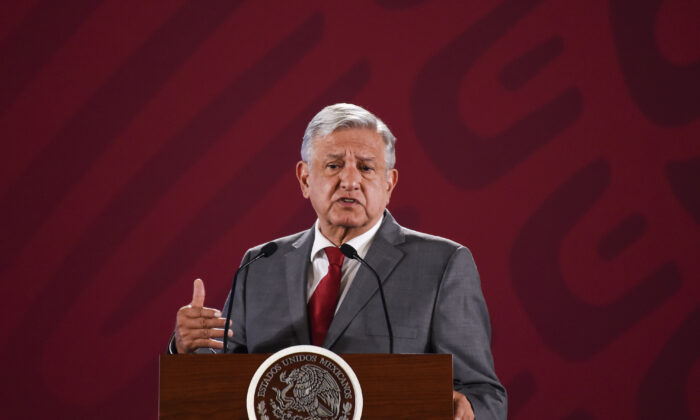 President Andrés Manuel López Obrador said he is reaching out to other governments already. He criticized the power Big Tech companies wield and said they should not be able to stifle free speech.

“I can tell you that at the first G20 meeting we have, I am going to make a proposal on this issue,” López Obrador said on Thursday. “Yes, social media should not be used to incite violence and all that, but this cannot be used as a pretext to suspend freedom of expression.”

“How can a company act as if it was all powerful, omnipotent, as a sort of Spanish Inquisition on what is expressed?” he asked.

Experts have told The Epoch Times this censorship by Big Tech could cause countries to consider developing their own platforms rather than depend on a handful of private U.S. companies that have the ability to cut off communication to millions. Other concerns have also been raised, such as what to do about Section 230, an outdated law protecting platforms from litigation for content their users post, which critics and lawmakers say shields the companies too much and needs to be repealed or reformed.

Mexico’s Foreign Relations Secretary Marcelo Ebrard said they have already started communications with a number of countries for their campaign.

“Given that Mexico, through our president, has spoken out, we immediately made contact with others who think the same,” Ebrard said, noting they had heard from officials in France, Germany, the European Union, Africa, Latin America and Southeast Asia.

“The president’s orders are to make contact with all of them, share this concern and work on coming up with a joint proposal,” Ebrard said. “We will see what is proposed.”

Twitter has permanently banned Trump’s account, while Facebook and Instagram have blocked him from posting on their platforms at least until the transition to President-elect Joe Biden is complete. Snapchat and Twitch have also disabled Trump’s account. The companies acted against Trump after Democrats and some Republicans accused him of inciting the violence at the U.S. capitol on Jan. 6.

It’s not just social media companies who have moved to restrict Trump. Stripe, which handles payments and transactions on many websites, has said it will no longer process payments for Trump’s campaign.

In recent days officials from Poland, Australia, and other countries have also come out to publicly criticize the censorship of Trump by Big Tech companies.

Any ideologically driven decision to censor political speech is going to have ramifications, said Steven Mosher, president of the Population Research Institute and a founding member of the Committee on the Present Danger: China. Mosher said the companies are “grossly underestimating” the number of people in and out of governments overseas who support Trump.

“It will spark a massive move off of their platforms to other existing and new platforms that will be created,” Mosher told The Epoch Times. “In fact, a few years down the road, we may well be talking about how they destroyed their own business model. This move will cost them and their shareholders tens of billions of dollars.”

On Tuesday López Obrador posted an invitation on Facebook for his followers to switch to Telegram, a cloud-based instant messaging software and application service. He said private companies should not have the right to decide who can speak.