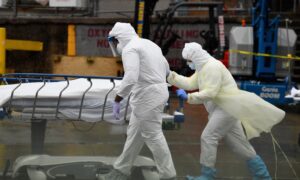 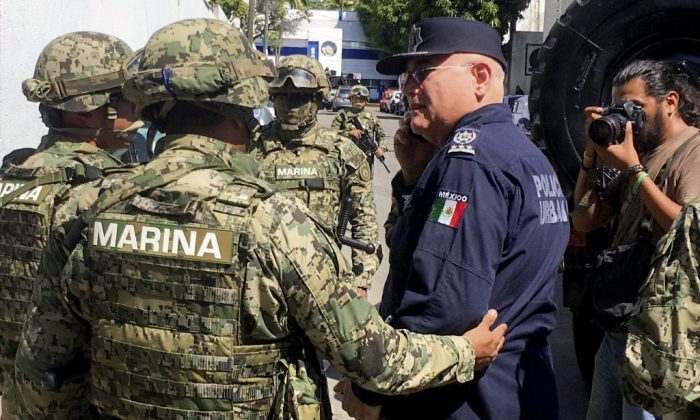 MEXICO CITY—Heavily armed Mexican marines and soldiers on Sept. 25 stormed the police force of Acapulco on suspicions of ties to organized crime.

Acapulco police were disarmed and at least two of its officers arrested as Mexico’s military seized equipment and weapons.

The arrested officers have been accused of homicide.

The violent port city of Acapulco, in southern Guerrero state, was once a glamorous beach resort for Hollywood’s rich and famous. The city has fallen on hard times as entrenched drug crime has transformed it into one of the most murderous places in the world.

Guerrero is a hub for opium poppy production and the scene of frequent violent clashes between warring drug cartels.

The military personnel, along with federal and state police and the Guerrero state’s attorney general’s office, disarmed Acapulco municipal police officers and arrested at least two of them for their “probable responsibility” in homicide, they said in a joint statement.

Acapulco’s other police officers are under investigation, the group said, without specifying how many, adding that weapons, bulletproof vests, ammunition, and radios were seized.

There were over 30,000 murders across Mexico last year, the highest in records going back to 1997, as rival drug gangs splintered into smaller, more bloodthirsty groups following more than a decade of a military-led campaign to battle the cartels.