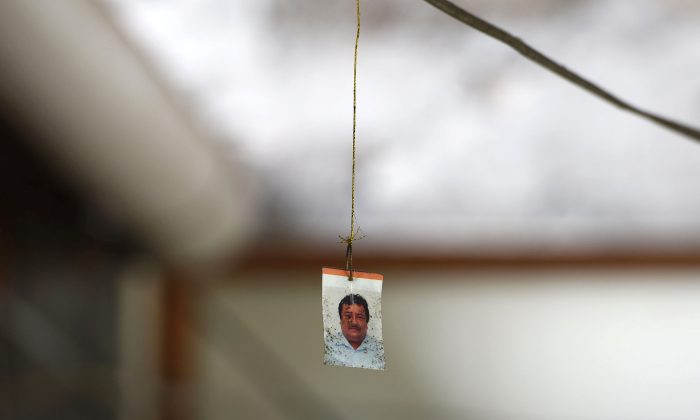 A photograph of slain journalist Leobardo Vazquez hangs from a wire at his house in the municipality of Gutierrez Zamora, in Veracruz state, Mexico March 22, 2018. (Reuters/Yahir Ceballos)
Americas

Mexican Journalist Gunned Down in Violent State of Veracruz

MEXICO CITY—A Mexican journalist was killed in the southeastern Mexican state of Veracruz, the government said on Thursday — the latest victim in a wave of violence in one of the world’s most dangerous countries for reporters.

Leobardo Vazquez, who worked for the newspaper Enlace, was shot dead Wednesday night in the municipality of Gutierrez Zamora at his home, where he also had sold tacos, state prosecutors said in a statement.

Vazquez is the third journalist killed in Mexico so far this year after 12 were murdered in 2017.

The number of murder cases rose in 2017 to more than 25,000, the highest in records going back to 1997, as rival drug gangs splintered into smaller, more blood-thirsty groups following more than a decade of a military-led campaign to battle the cartels.

Four of the 12 journalists killed last year were murdered in Veracruz, one of Mexico’s most violent states.

Free speech advocacy group Article 19 said in a recent report that Mexico is the most dangerous country to practice journalism in Latin America, with violence against reporters comparable to countries at war, such as Syria.