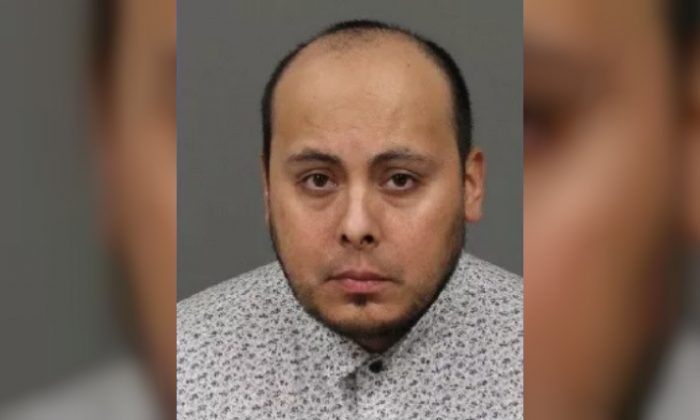 Police arrested Alfonso Alarcon-Nunez, 39, at his Santa Maria home on Wednesday, Jan. 17. He faces 10 criminal charges, including rape of an unconscious victim, rape of a drugged victim, theft, and burglary, among other charges.

Alarcon-Nunez targeted young women returning from parties. After driving them to their destinations, he would escort them inside their homes and then sexually assault them, The Tribune reported. He would then steal their cellphones, jewelry, and computers.

When police searched the suspect’s home, they found several items belonging to the victims.

Alarcon-Nunez used the Venmo payment app in order to disguise his identity and Uber trip log. He used “Bruno Diaz” as an alias, prosecutors said. He used “Brush Bat” as his Venmo username.

The victims were 19-22 years old, according to San Luis Obispo County District Attorney Dan Dow. Three of the four were drunk at the time of the assaults.

Detectives are now looking to determine if Alarcon-Nunez attacked more women in San Luis Obispo and Santa Barbara counties. They are also looking for witnesses.

Alarcon-Nunez is in the country illegally. He returned after a previous deportation to Mexico in 2005.

Police are urging taxi app users to confirm the identity of their drivers and the car before getting into the car. The payment for the ride should only be done through the rider apps, like Uber and Lyft.