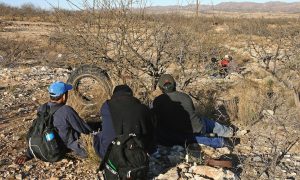 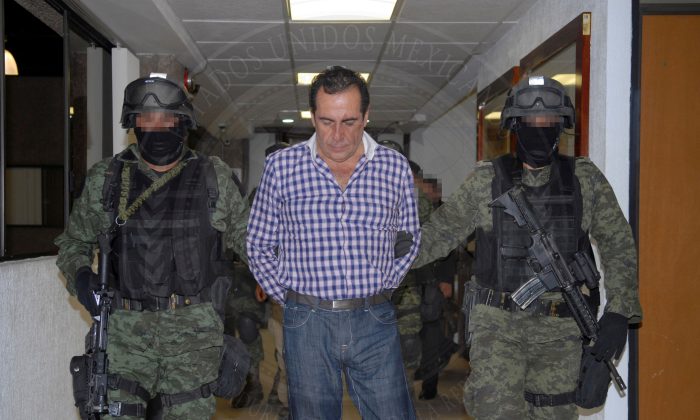 MEXICO CITY—Hector Beltran Leyva, a Mexican drug lord whose cartel earned a reputation as one of the country’s most vengeful and ruthless, died late on Nov. 18, in the hospital of cardiac arrest after being transferred from jail with chest pain, Mexican authorities said.

Beltran Leyva had been incarcerated since March 2, 2016 in Federal Prison Number 1, a maximum security facility in central Altiplano, Mexico, where he was facing federal prosecution for various crimes, the Mexico Interior Ministry said in a statement announcing the death.

Nicknamed “the H,” according to the statement, Beltran Leyva’s capture in 2014 near a town where he had posed as an art and real estate dealer was seen as a major victory for Mexican authorities in their decade-long war against drug gangs.

The snaring of the Beltran Leyva cartel’s boss dealt a serious blow to a drug gang named after a group of brothers who became infamous for the bloody turf war waged with their former ally, Joaquin “El Chapo” Guzman.

Guzman is currently facing trial for drug trafficking in federal court in Brooklyn.

Authorities said Beltran Leyva, 56, was transferred on Sunday from prison to hospital minutes after security officers noticed he had severe pain in his chest that did not respond to first aid from prison doctors.

The statement “noted that, at all times, Beltran Leyva … received the medical attention he required and that the staff of the hospital as well as the federal center, exhausted all the clinical resources at its disposal.”