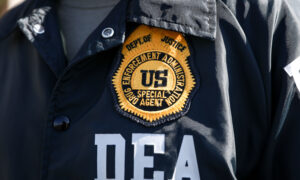 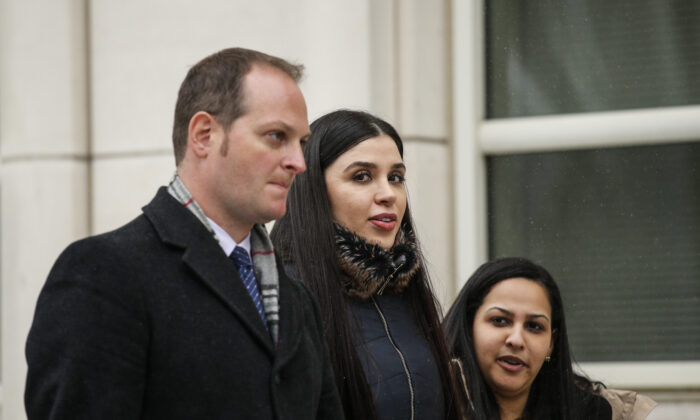 WASHINGTON—The wife of Mexican drug lord Joaquin “El Chapo” Guzman, Emma Coronel Aispuro, is expected to plead guilty on Thursday in federal court in Washington, where she has been accused of helping her husband run the Sinaloa cartel of smugglers, court records show.

Coronel, who prosecutors say played a key role in Guzman’s 2015 escape from a Mexican prison, is slated to appear for a virtual hearing at 10 a.m. ET (1400 GMT) before U.S. District Judge Rudolph Contreras.

Reuters could not immediately determine what charges she will plead guilty to, and there was no additional information on the court docket. If convicted on all charges she faces, she could be sentenced to as long as life in prison and fined up to $10 million.

Attorneys for Coronel could not be immediately reached.

The 31-year-old former beauty queen was arrested in February on allegations that she relayed messages to help Guzman conduct drug trafficking from 2012 to early 2014, and continued delivering messages while visiting him in a Mexican prison following his February 2014 arrest.

The FBI in court documents said Coronel, who was born in California and holds both U.S. and Mexican citizenship, and members of her family were deeply involved in the cartel’s trafficking activities.

Prosecutors have also said she conspired in Guzman’s famous July 2015 escape from the Altiplano prison in Mexico through a mile-long (1.6 km-long) tunnel dug from his cell, and began plotting another escape following his January 2016 capture by Mexican authorities.

The FBI said a witness told agents she passed along a message from Guzman to his sons, telling them to purchase land near the Altiplano prison. They also asked that witness to buy a nearby warehouse, firearms and an armored truck, it said.

He managed to escape through the underground tunnel through an entryway bored into the shower inside his cell.

Guzman, 64, was convicted in February 2019 in a high-profile Brooklyn trial of masterminding a multibillion-dollar drug enterprise for the Sinaloa cartel.

He was sentenced to life in prison plus 30 years, and locked up in the federal Supermax prison in Florence, Colorado.

Coronel met Guzman when she was a young beauty queen, and married him in 2007 at age 18. The couple has twin daughters.

She was a regular presence at her husband’s trial in New York.