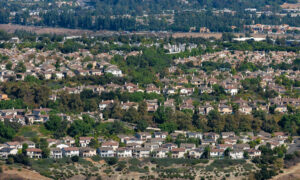 A mass shooting has been reported in Mesa, Arizona, on Wednesday, according to local reports. At least six people were shot and one was killed. Later, local media, including ABC-15 and NBC, said Ryan Elliot Giroux was the suspect in the shootings.

Giroux was taken into custody after officers spotted him on an apartment balcony and deployed a stun gun. Numerous officers later led a handcuffed man to a truck parked outside an apartment complex. Police did not immediately release his identity.

The incident started with an argument inside a room at a motel and spilled outside, leaving three people wounded, Mesa Detective Esteban Flores said. The suspect then shot a person at a nearby restaurant and carjacked a gray Honda Accord. Two more people were wounded at separate apartment complexes, including one during a home invasion.

The shootings prompted an intense hunt for the suspect as Mesa police searched the trunks of cars, interviewed witnesses and brought in SWAT and canine units from other agencies. Flores warned people in the neighborhood to remain indoors.

Several locations in the area were placed on lockdown amid a heavy law enforcement presence. The Arizona Department of Public Safety sent its SWAT team to Mesa to assist with the effort, DPS spokesman Bart Graves said. Scottsdale police also sent SWAT and canine units.

“Right now, our hearts and prayers are with the people of Mesa, the individuals affected by this tragedy, and all law enforcement and first responders working to assist the victims,” Arizona Gov. Doug Ducey said.

@abc15 Just got on scene of shooting in Mesa on Main St. pic.twitter.com/n2mAqjI5NQ

According to preliminary information from Mesa Fire and Medical’s public information officer, four people are being treated by medics at a scene near Alma School and Main Street.

More patients are in need of treatment at other locations, Mesa Fire says.

Aerial footage showed police in the neighborhood searching for suspects and treating an injured man before 9:30 a.m.

Arizona’s 12 News also said that “one scene is at Main St. and Alma School Rd. near a light-rail station.”

A suspect is currently being sought in the shooting.

“We don’t believe it’s affected as there was a call about a shot fired in that neighborhood, but on the other side of Main Street,” the station writes.