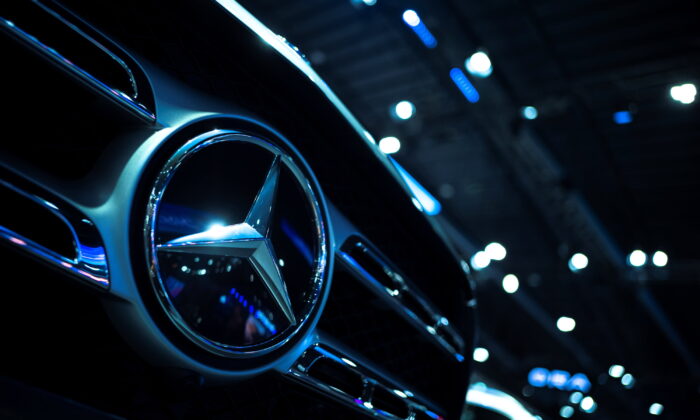 The Mercedes-Benz logo is seen at the 43rd Bangkok International Motor Show, in Bangkok, Thailand, on March 22, 2022. (Athit Perawongmetha/Reuters)
Companies

BERLIN—Mercedes-Benz sales fell sharply in the second quarter, hampered by supply problems and coronavirus-related lockdowns in China, the German carmaker said on Monday.

The automaker delivered 490,000 passenger cars from April to June, down 16 percent from the same period last year, it said.

Second-quarter sales slumped the most in China, the most important single market, falling 25 percent to 163,700 vehicles, the carmaker said.

Sales in the Asia region fell 20 percent, due mainly to lockdown measures, while sales in Europe were down 10 percent and North America saw a dip of 3 percent in the quarter.

However, Mercedes-Benz is sticking with its 2022 forecast for a slight increase in sales compared with 2021, said a spokesperson. Despite concerns about rising inflation, “customer demand remains high,” sales director Britta Seeger said.

Luxury models in particular, such as the Maybach and electric cars in the EQ model series, are especially popular, Seeger said in a statement.

The smaller Mercedes-Benz Vans business remained just under last year’s level with 100,000 units sold worldwide in the second quarter, according to the carmaker.