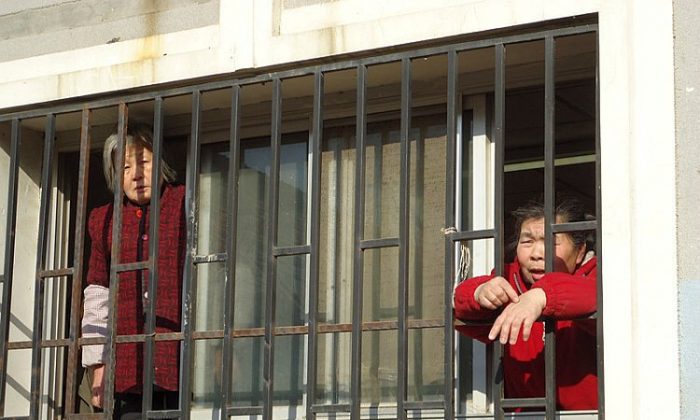 (Courtesy of a anonymous source in China)
China

Liang Jinhui, brother of Liang Zhen, reporter for U.S.-based New Tang Dynasty TV, was recently sentenced by Naxi District Court in Luzhou City, Sichuan Province, China to 2.5 years in prison for withdrawing from the Chinese Communist Party and its affiliated organizations online and downloading information on Falun Gong. Liang appealed the decision. The appeal hearing was on Monday, after which the judge again ruled against Liang.

Five days after his arrest last year, he suffered a mental collapse. He was later diagnosed by Sichuan authorities as mentally incompetent. According to Chinese laws, mentally incompetent offenders cannot be held legally responsible so long as they have medical documentation.

Both Liang’s family members and attorney had hoped that the appellate court would overturn the lower court’s decision. However, the appeal was denied. Liang’s lawyer, Wen Haibo, told reporters that in court, the judge did not address the points in the attorney’s defense, but seemed to be reading the verdict from a previously prepared statement.

Wen said, “Criminal law in China says that during a mental patient’s remission period, he must be responsible for his actions. The lower court determined that between March 2004 and July 19, 2005, he was in a remission period. However, medically, this statement does not hold up. In their conclusion, they said that for all the 11 years before the incident, the mental illness was active; then, they said he was in remission when he broke the law. I don’t think this has any scientific basis.”

Liang Jinhui’s sister Liang Zhen is a reporter with the New Tang Dynasty TV. Since Liang’s arrest, she has visited many agencies and has received support from the Hong Kong government, the United States government, and human rights organizations. On Monday, she told reporters that even some Chinese officials and legal experts could not understand why a mentally ill patient was sentenced to prison.

Liang Zhen said, “In our exchanges with the law enforcement agencies, they all said that it was very difficult to comprehend the court’s judgment. From the perspective of a trial, if he had another mental breakdown, our whole family would go to get him back. This is a fundamental thing, but they couldn’t even do that much.

“My brother’s case concerns the Nine Commentaries on the Communist Party, and the mass withdrawals from the Party. Now these two subjects are the most sensitive for the political leaders of China. You can tell that the other people charged in the same case were all sentenced because they had withdrawn from the Party or were involved in the Nine Commentaries. My brother gave them technical support, and that was why he was sentenced to prison.

“Secondly, I think the sentencing is targeting an independent media like us. Maybe it was because the CCP does not like NTDTV, which is an independent media that I work for outside of China. I have seen some materials used in court, but I’m not sure if they are open to the public. Anyway, the harshnesshis sentence had a connection with me, too. It was just that [the CCP] wanted to attack the family members of overseas reporters.”