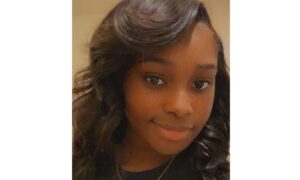 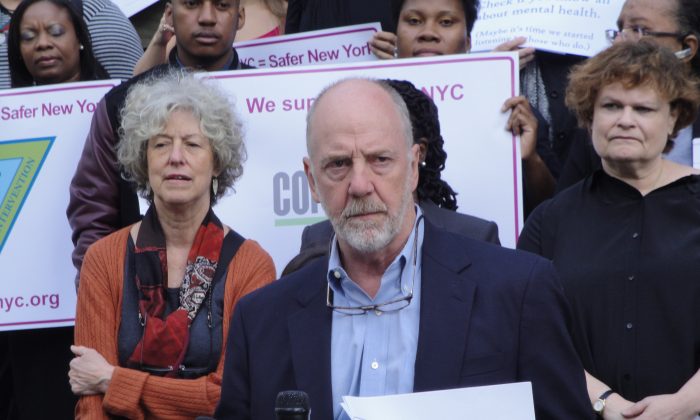 Last September, police shot a 28-year-old man in his apartment in Harlem, after his mother had called an ambulance to get him access to emergency psychiatric services.

She was concerned her son was going to hurt himself, or someone else, because he seemed very depressed and had some injuries, including a cut above his eye and a limp.

When police arrived at her son’s building, his mother (who was visiting) tried to turn them away, saying that she had called an ambulance, not the police.

When police reached the man’s apartment, he also tried to turn them away. Then police forced their way into his apartment, and found the man holding a knife.

After trying to use taser guns and a gun with a rubber bullet to subdue him, the man tried to stab two officers through their bulletproof vests, police said. One of the officers yelled at the others to shoot the man.

Nine or ten bullets hit the man, who was pronounced dead on arrival at St. Luke’s-Roosevelt Hospital.

His mother spoke briefly at the press conference at City Hill Wednesday.

“They ended up killing my son,” she said.

Detective Cheryl Crispin a spokesperson for the NYPD said all officers are trained about how to recognize and respond to emotionally disturbed persons, and that training continues throughout their careers and includes workshops taught by experts in the field of psychiatry.

The family is suing the City Of New York for damages, as well as seeking an injunction that would require the NYPD to implement new protocols for dealing with emotionally disturbed persons, including using trained crisis intervention teams.

In March 2012, Shereese Francis, a diagnosed schizophrenic, who had been refusing to take her medication, also died after the NYPD arrived at her apartment.

Her sister had called an ambulance to take her to the hospital, but police arrived on the scene.

During the incident several officers wrestled the woman on to a bed, and she suffocated to death.

State legislation is being drafted by Sen. Kevin Parker to ensure that first responders are properly trained, and can deal with mentally ill people with the utmost care and respect. It involves a CIT program.

A resolution is being drafted by Council to compliment the state legislation. Council member Brad Lander is a cosponsor.

“It’s just plain common sense, makes police officers safer, and it will save lives,” he said.

There has been no budget drawn up for how the program might operate in New York City, but proponents are advocating for crisis intervention teams working with each police precinct.

Steve Coe, from Community Access, said the program would save millions of taxpayer dollars by preventing lawsuits, and saving police resources.

Council member Jumaane Williams said the legislation is about trying to improve the NYPD, so that officers can do their jobs better.

Both Williams and Lander met with the sister of the man who was killed by police at his apartment in Harlem.

“I wish that was a unique experience,” Williams said. “But I hear it time and time again.”

He said police need proper training to deal with mentally ill people. “Because of lack of training, the police officer has to deal with the person as a criminal.”

Crispin said the NYPD had more than 23 million interactions with the public last year, including more than 100,000 calls to 911 for an emotionally disturbed person that may be a threat to themselves are others.

“While we are always willing to look at new programs and how they can help the police department assists the public, there are nevertheless logistical concerns with this proposal considering the volume of EDP calls we receive,” she said.

Memphis was the first city to implement a crisis intervention team in 1988. The Memphis Police Department joined with the Memphis branch of the National Alliance on Mental Illness (NAMI), and local universities to create a program, which became the nation-wide model.

Wendy Brennan, the executive director of the NYC-Metro branch of NAMI was at the press conference Wednesday.

“Research shows that CIT works, by providing officers with the tools they need to deal with emotionally disturbed persons,” she said.

“CIT works and our coalition wants to bring it to New York City,” she said.

Carla Rabinowitz, a community organizer for NY-based Community Access, wanted to emphasize that the CCIT NYC coalition is not anti-police. “We welcome any police support. At the center of any CIT program is a sense of community.”

Crisis intervention teams operate 2,719 programs nationwide, including in San Francisco, Chicago, and Philadelphia. There are already five programs in New York State, one in Munroe County, three programs in Westchester, and one in Nassau County.