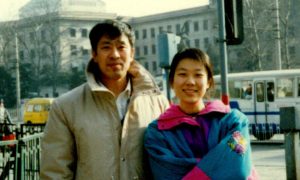 Father’s Day Without My Dad, a Prisoner of Conscience in China
0 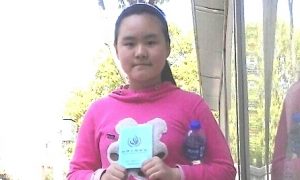 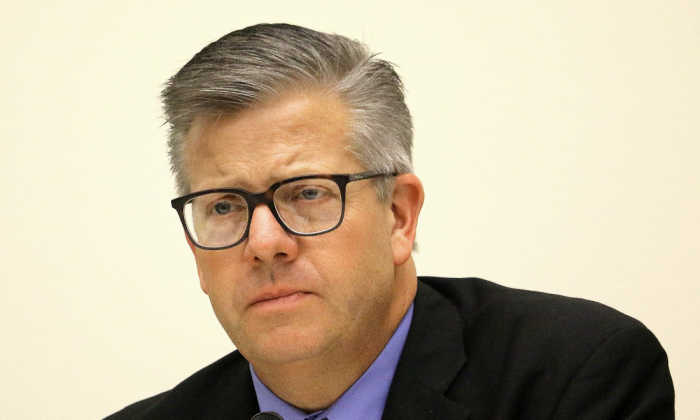 Rep. Randy Hultgren (R-Ill.), Co-Chair of the Tom Lantos Human Rights Commission, makes opening remarks at a hearing, Feb. 15, 2018 on “Defending Prisoners of Conscience.” He is an advocate for poet Zhu Yufu, from China. (Gary Feuerberg/ The Epoch Times)
US News

Members of Congress Advocate for Prisoners of Conscience

WASHINGTON—Several Members of Congress have taken the personal initiative to become advocates for persons unjustly incarcerated by repressive governments around the world and would like to see more Members get involved.

To facilitate this goal, Congress’s Tom Lantos Human Rights Commission (TLHRC) in 2012 began the Defending Freedoms Project (DFP), whereby Members “adopt” a prisoner of conscience (POC). They publicize the circumstances of his or her imprisonment in various ways, such as letters, floor speeches, and Op-Eds, and use their prestige and influence in an effort to win the individual’s release or, at a minimum, improve prison conditions.

A prisoner of conscience is someone who is imprisoned for peacefully expressing a political, religious or some other belief. A requirement is that he or she not use or advocate violence.

The Lantos Commission suggests that members of Congress can press the Department of State and the White House to prioritize the prisoner’s case. Members can urge the government holding the prisoner to release the prisoner, reduce the sentence, or provide more humane treatment. Members can also influence delegations traveling to the country to raise concerns there.

At the launch of the Defending Freedoms Project in December 2012, the Tom Lantos Human Rights Commission was joined by the U.S. Commission on International Religious Freedom (USCIRF) and Amnesty International USA (AIUSA).

The members’ advocacy highlights how difficult are the circumstances often faced by prisoners of conscience.

Co-Chair of TLHRC Representative Randy Hultgren (R-Ill.) is an advocate for poet Zhu Yufu, detained in China. At a TLHRC hearing held on Feb. 15 on Capitol Hill, Hultgren read a statement from Zhu’s son, Zhu Ang, written specially for this hearing. We learn that Zhu has been imprisoned three times since 1999 and currently is not free. The third time he was sentenced in 2011 to seven years for “inciting subversion,” at least in part for writing a well-known poem.

In his first prison term of seven years for the crime of “subversion of state power,” he experienced 24-hour surveillance, confinement, and continuous standing as punishment. When the international community learned about the human rights abuses suffered by Zhu and others in China, the Chinese regime told Zhu to “confess” in exchange for better treatment. He refused to plead guilty. “All his reading privileges, relief, and medical treatment were suspended, even for years,” said Zhu’s son.

In the current imprisonment, “no conversation about anything other than family-related subjects are allowed. “He is not allowed to read the Bible,” stated his son.

Co-Chair of the TLHRC James McGovern (D-Mass.) adopted two POCs from Saudi Arabia and Bahrain. In the former, Raif Badawi is a blogger and creator of a website that the government finds offensive. He was sentenced in 2013 for founding an Internet forum that “violates Islamic values and propagates liberal thought,” according to Kristina Arriaga, from USCIRF, who testified at the Lantos hearing.

At the appeals court, the punishment was set at 10 years in prison and 1,000 lashes, and he was banned from media work and foreign travel for 10 years after his release. Before hundreds of spectators, Mr. Badawi was flogged 50 times in 2015. He has not received more floggings due to international reaction and to a medical doctor’s finding that he could not physically endure more lashings. The Supreme Court of Saudi Arabia denied his appeal and upheld the sentence of 1,000 lashes.

McGovern also defends another POC—Nabeel Rajab, a prominent human rights defender in Bahrain, who is currently serving a two-year sentence. Evidently from the charges of “incitement to hatred against the regime” and “spreading false news,” the real motive of the Bahrain government is to silence his tweets that it finds offensive.

Before hundreds of spectators, Mr. Badawi was flogged 50 times in 2015. … The supreme court of Saudi Arabia denied his appeal and upheld the sentence of 1,000 lashes.
— James McGovern, Co-Chair, TLHRC

Sentence Reduced Thanks to Congressman’s Advocacy

Congressman Alan Lowenthal (D-Calif.) has targeted communist Vietnam as the country that he would like to see reformed. He was pleased to report that two of his former prisoners of conscience in Vietnam had been released. He read a statement from one of these former prisoners. Nguyen Tien Trung, a Vietnamese blogger and activist, was sentenced in 2009 to seven years in jail for “activities aimed at overthrowing the people’s government.” The charge came about because, after he had been forced to join the army as a result of his democracy advocacy, he had refused to pledge allegiance to the Communist Party.

Trung wrote, “During my seemingly endless days in the communist prison, I had more strength to overcome the hardship because my relatives had informed me that the U.S. Congress paid special attention to my case. That’s why the prison guards treated me with leniency.” He was released 26 months earlier than his sentence required. He wrote that he was able to meet Congressman Lowenthal in Saigon after his release.

Sometimes the POC is famous, as in the case of the Most Venerable Thich Quang Do, the supreme patriarch, or leader, of the United Buddhist Church of Vietnam, which is banned in Vietnam. He sent an underground letter to Lowenthal. Quang Do, who is now 89, entered the world stage in 1963 when he led the Buddhist uprising against South Vietnam’s president, Ngo Dinh Diem. After the communist takeover in 1975, he has had to battle with the communist regime. He has been jailed numerous times for leading non-violent protests against the Vietnamese government and is currently under “temple” arrest.

Quang Do wrote that after Vietnam was united under communist rule, he was imprisoned and condemned to internal exile for 10 years and then imprisoned again and finally placed under house arrest “without any due process if law.” He writes, “I am under constant police surveillance, my communications are monitored, and I am forbidden to travel.”

Rep. Sheila Jackson Lee (D-Texas) adopted Vietnamese dissident blogger Ta Phong Tan who was arrested in September 2011 “solely for expressing her thoughts as a blogger criticizing and exposing government corruption in her home country Vietnam,” said Lee. Tan now lives in the United States after being deported following her release in Sept. 2015. Communist Vietnam often rids itself of its critics in this way.

Andrew Fandino, representing Amnesty International USA, said that every year Amnesty selects 10 to 12 individuals from around the world to highlight by writing letters en masse. This past year alone nearly two million people worldwide participated. He acknowledged that despite progress in some cases, “we are sadly reminded just how tenuous the status of POCs is.” In the past two weeks, he noted two setbacks: the re-arrest of Amnesty International Turkey’s Chair, Taner Kilic; and the unwillingness to release Ethiopian journalist Eskinder Nega unless he signs a false confession, which he refuses to do.

Margaux Ewen, North America Director of Reporters Without Borders (RSF), said that according to RSF’s figures, at the time of this hearing, “a total of 324 journalists, citizen journalists, and media assistants” are currently jailed. “Around half of the total number of imprisoned journalists are being held in just five countries. China and Turkey are still the world’s two biggest prisons for journalists, followed closely by Syria, Iran, and Vietnam.”

However, Ewen said that RSF believes that some countries holding prisoner journalists are underrepresented on the project list. At the hearing, Ewen read the names of 24 journalists that she said should be added. They are from Azerbaijan, Kazakhstan, Turkmenistan, Russia, Uzbekistan Iran, Egypt, and Morocco; Sudan, Myanmar, Cambodia, China, Venezuela and Cuba. Detailed descriptions of each are provided in her written testimony.

The advocacy manager for Freedom House, Annie Boyajian, noted her organization’s finding of declines in global democracy for the 12th straight year and a “deeply troubling rise in antidemocratic and authoritarian practices.” The result has been “an increasing number of prisoners of conscience around the world,” she said.

Giving a special focus on China, she said that religious prisoners constitute the largest contingent of prisoners of conscience in China. “Yao Guofu and Liang Xin, a married couple jailed since December 2015, are a perfect example. Each is serving 4.5 years in prison for disseminating materials about the persecuted Falun Gong spiritual group.”