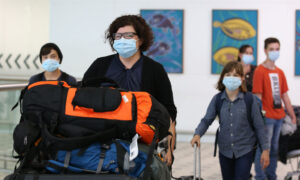 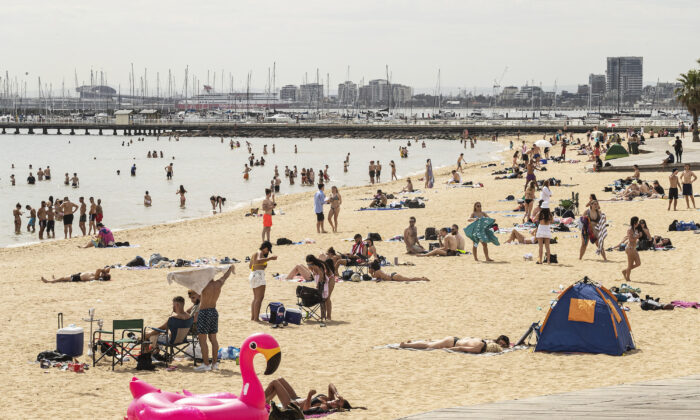 Melbourne Braces for Hottest Day in a Year

Melbourne is set to break records on Monday with experts predicting temperatures of 38C while the northwest of Victoria remains on alert for bushfires.

Melburnians are set to swelter through the city’s hottest day in more than a year while the northwest of the state is on high alert for bushfires.

The temperature is set to hit 38C in Melbourne on Monday—its hottest day since Jan. 31, 2020—while Horsham, Mildura, Shepparton, and Swan Hill are forecast to reach 40C.

A total fire ban has been declared for the Mallee, Northern Country, and Wimmera, with the danger rated as severe across the three regions.

The fire danger in Central, North Central and South West regions is considered very high, while it is high in the North East and Gippsland regions.

The forecast has prompted V-Line to enact its extreme heat timetable across the whole of Victoria on Monday, with services along the Bairnsdale, Bendigo, Echuca, Geelong, Gippsland, and Swan Hill lines affected.

Chris Arvier, a senior forecaster for the Bureau of Meteorology, said the forecast was about 10C above average.

He said Victorians won’t see relief from the hot weather until well into the night.

“A change is coming through in late in the evening and it will be a much cooler day tomorrow before the warm weather returns on Wednesday,” he said.

Melbourne is forecast to reach 34C on Wednesday before mild conditions return.