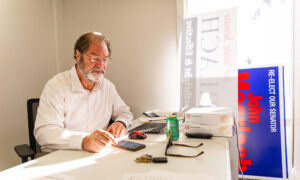 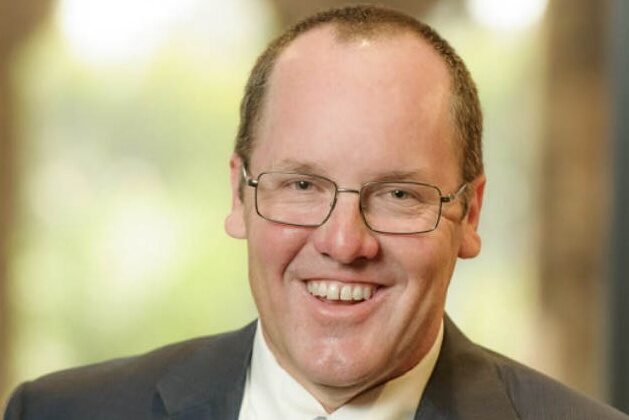 Foley will vacate her council seat after being elected onto the Orange County Board of Supervisors on March 9.

Council members and constituents in support of the March 16 appointment highlighted Stephens’ civic leadership experience and community involvement, both as a former city councilman and mayor pro tem from 2016 to 2020.

He has served on the city’s pension oversight committee, the Costa Mesa High School Foundation, and Cosa Mesans for Responsible Government, among others.

Councilmember Don Harper—along with opposing constituents who called in to the virtual city council meeting well past midnight—made a case for the vacated seat to be the subject of its own special election.

Ultimately, the time frame and cost to taxpayers weren’t supported by the council majority.

Stephens will serve out the remaining two-year commitment that Foley began when she won her election as Costa Mesa mayor last November.

A practicing trial attorney with his firm, Stephens Friedland LLP, Stephens and his wife of more than 33 years, Amy, have resided in Costa Mesa since 1989 with their four children.

In his new role, Stephens said he will focus on four areas.

“The first will be seeing what revenue and expenses look like, and dealing with our revenue shortfall, as well as completing our 2021 budget due at the end of June,” Stephens told The Epoch Times.

To assist in those efforts, Stephens says that the implementation of Measure Q, the Costa Mesa retail cannabis tax and regulation measure, will be essential.

Passed by a majority of Costa Mesa voters last November, Measure Q increased the gross receipts tax on recreational cannabis sales from 4 to 7 percent. Revenue from the tax could generate up to $3 million annually for the city’s general fund, the city said.

“Our homeless shelter, and of course, the housing element requirements will also be a priority,” he said.

The state has mandated that Costa Mesa provide 11,000 new housing units in order to meet the California Housing Element Law.

“We will also be working with the community to open up [our economy] and implement the programs and benefits the city will receive as a result of the passing of the American Rescue Plan.”

Funds from the American Rescue Plan Act of 2021 will help cities across the nation bridge major budget deficits resulting from the ongoing government-mandated Covid-19 restrictions and permanent closure of many businesses.

Despite some looming challenges ahead, Stephens is optimistic about his new role.

“We have a terrific council and city staff on board,” he said. “I anticipate a good and smooth transition.”