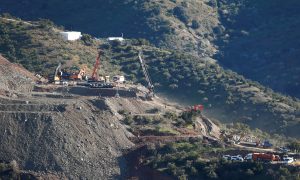 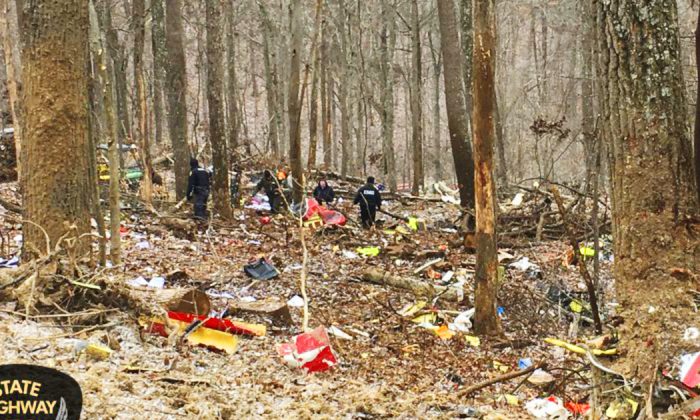 A medical helicopter crashed Jan. 29 in a remote wooded area on its way to pick up a patient, killing all three crew members, authorities said.

Survival Flight medical transportation reported around 7:20 a.m. local time on Jan. 29 losing communication with a helicopter flying from the Mount Carmel Hospital in Grove City to pick up a patient from a hospital in Pomeroy, the Ohio State Highway Patrol said.

Authorities located wreckage nearly three hours later in rugged terrain near the community of Zaleski, about 75 miles southeast of Columbus.

The helicopter broke apart in a remote area connected only by logging trails, said Highway Patrol Lt. Robert Sellers. Other state and local authorities helped at the crash site in Vinton County.

All three crew members were from Ohio: pilot Jennifer Topper, 34, of Sunbury and flight nurses Bradley Haynes, 48, of London and Rachel Cunningham, 33, of Galloway.

“This is heartbreaking, especially when you have fellow first responders who are flying a mercy mission to help somebody else out,” Sellers told reporters.

There had been no reports of anyone else injured in the crash, Sellers said.

The helicopter was a Bell 407, Federal Aviation Administration spokesman Tony Molinaro said. The FAA and National Transportation Safety Board will have investigators at the scene, he said.

Andrew Arthurs, a Survival Flight vice president, said in a statement he was “deeply saddened” to share the news of “a heartbreaking event.”

Michael Wilkins, president of Mount Carmel East, said in statement: “Our prayers are with the families of the crew members and Survival Flight team as we grieve this devastating loss.”

Members of the Special Enforcement Bureau tactical squad and sheriff’s deputies rescued two California campers and their dogs, trapped by snow for two weeks in the mountains near Los Angeles.

According to Fox11, the couple and their dogs were on a camping trip on the north side of Alamo Mountain near Frazier Mountain Park, about 75 miles north of Los Angeles, when they became stranded when their truck got stuck in snow. The couple was not named in the report.