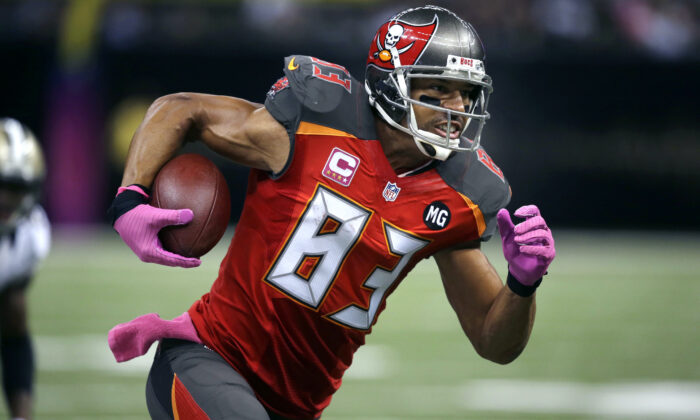 Tampa Bay Buccaneers wide receiver Vincent Jackson (83) in the second half of an NFL football game against the New Orleans Saints in New Orleans on Oct. 5, 2014. (Bill Haber/AP Photo)
NFL

The medical examiner ruled the death “natural.” Jackson, who was 38, was found dead in a hotel room in Brandon, Fla.

Earlier this week, the Concussion Legacy Foundation announced that Jackson was diagnosed with Stage 2 chronic traumatic encephalopathy (CTE), the progressive brain disease that has affected many football players.

In the months prior to his death, Jackson reportedly dealt with depression, progressive memory loss, mood swings, paranoia, and extreme social isolation—all considered symptoms of CTE.

During his tenure with the Chargers, Jackson was arrested on suspicion of drunk driving in both 2006 and 2009. He served a three-game suspension in 2010.

Jackson was found in his room by hotel workers on Feb. 15. It was the third time straight day that Jackson was slouched on the couch in a similar manner when a worker entered the room.