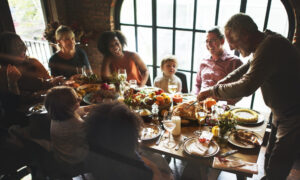 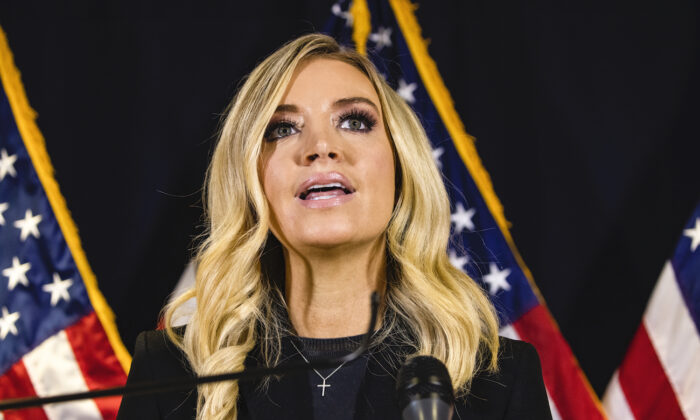 White House press secretary Kayleigh McEnany on Nov. 18 called state restrictions intended to slow the spread of the CCP virus around Thanksgiving “Orwellian,” arguing that Americans should be trusted to take appropriate precautions of their own accord rather than through government edicts under threat of punishment.

“A lot of the guidelines you’re seeing are Orwellian,” McEnany said in an appearance on “Fox & Friends.”

“The American people know how to protect their health. We’ve dealt with COVID for many months,” she said. “But it’s Orwellian in a place like Oregon to say if you gather in numbers more than six, we might come to your house and arrest you, and you get 30 days of jail time. That’s not the American way.”

“We are at a breaking point,” Brown said in a statement. “If we don’t take further action, we risk continued alarming spikes in infections and hospitalizations, and we risk the lives of our neighbors and loved ones.”

While she urged voluntary compliance, Brown said, “Oregonians need to understand that these rules are enforceable under law.” Enforcement measures outlined in the executive order (pdf) include fines and 30 days in jail.

McEnany acknowledged that the Trump administration policy has been to let states decide on implementing measures meant to curb the spread of the CCP virus, but suggested some of the restrictions are draconian.

“The American people are freedom-loving people,” McEnany said. “We can make good decisions, we can wash our hands, wear masks, socially distance, but we can also decide in our own personal domicile, our own home, whether we can have our family members present at any given time.”

Her remarks come as chiefly Democrat-led states and cities across the United States are ratcheting up restrictions amid the resurgence of the CCP virus, while Republican leaders are, for the most part, taking incremental steps while continuing to emphasize personal responsibility over government mandates.

A record-breaking nearly 70,000 people were reported to be hospitalized with COVID-19 in the United States as of Nov. 15, 13,000 more than a week earlier, according to the COVID Tracking Project. Deaths are reported as running at more than 1,100 per day on average, an increase of more than 50 percent from early October.

The CCP virus is blamed for more than 246,000 deaths and more than 11 million confirmed infections in the United States.