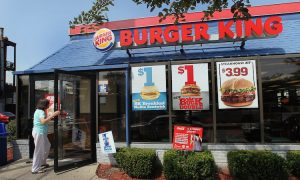 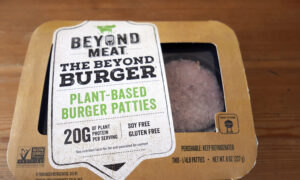 McDonald's Takes a Nibble of the Plant-Based Burger
0 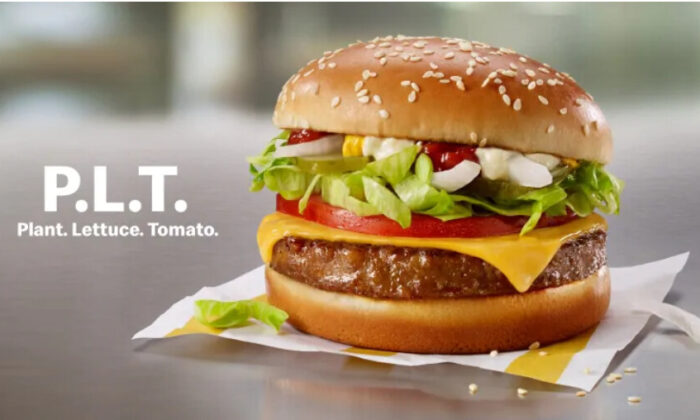 McDonald's plant-based burger, the P.LT., is no longer available following a six-month trial of the burger in southwestern Ontario. (McDonald's)
Canada

McDonald’s six-month trial of a plant-based burger has not resulted in the burger being added to its menu, and information about it has been removed from the company’s website.

The burger, called P.L.T. (plant, lettuce, tomato), was tested in two consecutive trials from September 2019 to April 2020 at 28 McDonald’s restaurants in southwestern Ontario.

The fast-food chain selected Canada to be the test market for its first plant-based burger, made by Beyond Meat, with a view to offering the P.L.T. on the menu in its restaurants across the globe.

The start of the trial was promoted heavily and received lots of media attention, but ended quietly with all the information removed from the chain’s website.

CBC News reported on June 25 that McDonald’s has no updates on the future of the P.L.T. McDonald’s Canada spokesperson Veronica Bart told CBC that the company is still “evaluating learnings” from the trial to “to help inform future plant-based menu decisions.”

“It’s pretty hard to sort of make a decision on rolling out a product across the world, or even across America, when you’re in the middle of a crisis,” he told CBC.

Winder has just published his new book “Retail Before, During & After COVID-19.”

It’s not the first time for McDonald’s to launch a non-meat burger. The company had a McVeggie Deluxe burger in the Canadian market in 2002, but it only lasted three years due to low demand.

Tim Hortons also launched a line of non-meat menu offerings last year but dropped them before long for the same reason.

McDonald’s CEO Chris Kempczinski told CNBC in an interview on April 30 that a plant-based burger will eventually be part of the restaurant’s menu and will be altered for taste from country to country.

“When we bring plant-based on the menu, we need to be confident that there’s a sufficient level of demand that really will allow it to stick on the menu,” he said.

“It’s about recognizing that food demand is more fragmented. It needs to portray that through its menu,” he told CBC.

He also suggests Tim Hortons’ fail in the Beyond Meat product line is because customers go for coffee and donuts are not necessarily non-meat eaters.