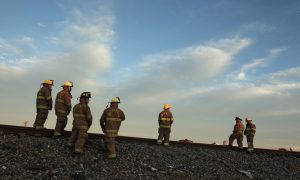 Paid to Die: The Workplace Death Toll Marches On
0 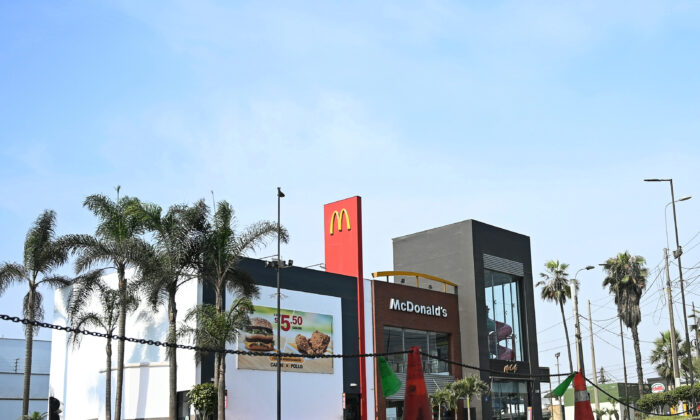 A closed McDonald's restaurant, one of all 29 locations that were closed following the deaths of two teenage employees, in Lima, Peru, on Dec. 18, 2019. (Guadalupe Pardo/Reuters)
Americas

LIMA, Peru—All 29 McDonald’s Peru locations will remain closed until its local operator Arcos Dorados Holdings Inc. completes inspections following the deaths of two teenage employees at the weekend, the franchisor said in a statement on Dec. 18.

The inspections could take a matter of “hours or days,” a spokesman for Arcos Dorados told Reuters.

Earlier on Dec. 18, a Peruvian prosecutor’s office said it was investigating the death of the two employees in a McDonald’s-branded restaurant in Lima, in an incident that spurred protests against the fast-food giant in the South American nation.

The employees, Alexandra Porras, 18, and Carlos Campo, 19, were electrocuted on Dec. 15 in Pueblo Libre, a district of the capital, while cleaning the kitchen, police said.

Arcos Dorados said in a statement that it was “deeply saddened” by the employees’ deaths and was fully cooperating with local authorities.

U.S.–based McDonald’s Corp. said in a statement that it was “profoundly saddened by the tragic accident” and that it was working with its local partner that was conducting “a thorough investigation with local authorities.”

Police and a Lima-based prosecutor said they were investigating the incident. The Peruvian Ministry of Labor said it would also carry out an investigation.

The Peruvian prosecutor’s office said the police investigation would include taking statements from restaurant owners and employees and that the restaurant’s security and safety measures would be examined.

At least 20 people in the residential area of Miraflores held a protest on Dec. 17 outside a different McDonald’s location in response to the employees’ deaths, calling for better working conditions.

“We are outraged,” said Luis Chuecca, one of the protesters. “We believe it is important to call attention to working conditions to claim what is fair.”

At least two young people who said they have worked for the chain in Peru have taken to social media since Dec. 15 to share experiences of unsafe working conditions, low wages, and unpaid work.

“To provide our employees with positive working environments and experiences, we always take seriously any employee concern regarding working conditions, and we strive to provide competitive compensation,” Arcos Dorados said in its statement, adding that shifts never exceed eight hours and include an additional break time of one hour.

A McDonald’s spokesperson declined to comment on the accusations but said the safety of crew members at any McDonald’s was a “global priority.”