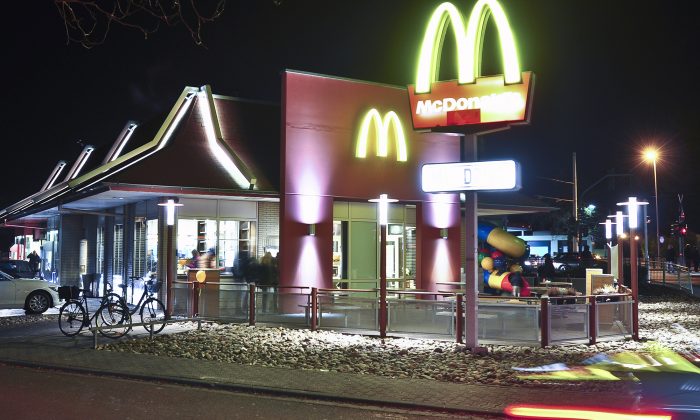 McDonald’s confirmed it is changing a policy on how its restaurants get their supply of pork and beef amid meat shortages caused by the CCP virus pandemic.

Burger patties, bacon, and sausage have been placed under the firm’s controlled allocation policy, meaning that the McDonald’s supply chain will send restaurants meat based on calculated demand, the firm told Business Insider. Normally, management orders the amount believed will be needed at a specific location.

McDonald’s distribution centers went on managed supply, while restaurants are under its controlled allocation policy as a precaution, the firm said.

The changes in policy have come as producers warned that there might be a U.S.-wide shortage of meat as workers get infected by the CCP (Chinese Communist Party) virus, a novel coronavirus that emerged in China last year. Some plants have been forced to shut down.

“As pork, beef and chicken plants are being forced to close, even for short periods of time, millions of pounds of meat will disappear from the supply chain,” Tyson Foods chairman John Tyson warned in an open letter last week. “As a result, there will be limited supply of our products available in grocery stores until we are able to reopen our facilities that are currently closed.”

Meanwhile, Smithfield Foods, a Chinese-owned firm that operates in the United States, and JBS have also confirmed plant closures in recent weeks.

“It is important that processors of beef, pork, and poultry (“meat and poultry”) in the food supply chain continue operating and fulfilling orders to ensure a continued supply of protein for Americans. However, outbreaks of COVID-19 among workers at some processing facilities have led to the reduction in some of those facilities’ production capacity,” the president wrote in the order last week.

Trump said that such actions have led to closures of plants, but he stressed that it threatens the supply chain.

“Given the high volume of meat and poultry processed by many facilities, any unnecessary closures can quickly have a large effect on the food supply chain,” Trump wrote.

It comes as nearly 900 people at a Tyson Foods meat plant in north-central Indiana tested positive for the virus, WISH-TV reported.

“The combination of worker absenteeism, COVID-19 cases, and community concerns has resulted in a collective decision to close,” said Steve Stouffer of Tyson’s beef-and-pork subsidiary, according to The Associated Press on April 3o.