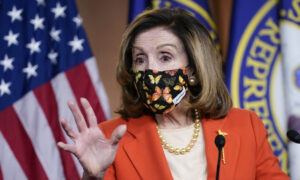 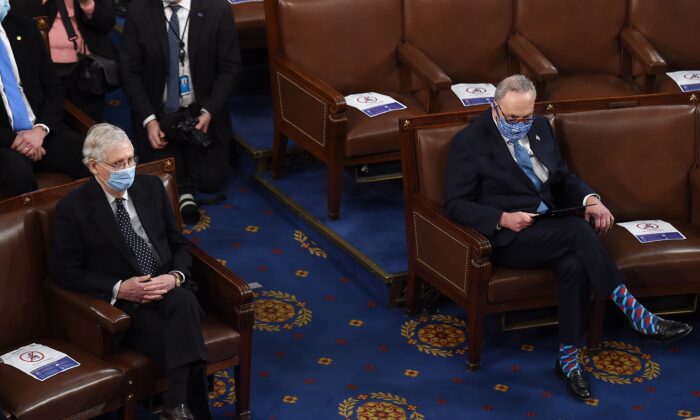 U.S. Senate leaders failed on Jan. 19 to reach an agreement on sharing power in the upper congressional chamber and will continue negotiating as the body officially becomes split 50–50.

A key issue in negotiations is the filibuster. Senate Republican leader Mitch McConnell (R-Ky.) is trying to ensure the preservation of the rule, which requires 60 votes to end debate on issues, through the next two years. He pressed his case while meeting with Senate Democratic leader Chuck Schumer (D-N.Y.).

“During today’s meeting, Leader McConnell expressed his long-held view that the crucial, longstanding, and bipartisan Senate rules concerning the legislative filibuster remain intact, specifically during the power share for the next two years,” Doug Andres, a spokesman for McConnell, told news outlets in a statement.

“Discussions on all aspects of the power-sharing agreement will continue over the next several days.”

Schumer’s spokesman said the Democrat and McConnell had a “substantive conversation,” making progress on confirming Cabinet nominees from newly inaugurated President Joe Biden and details on how an impeachment trial for President Donald Trump, who exited office on Jan. 20, will proceed once the House of Representatives sends over its impeachment resolution.

The spokesman told outlets that Schumer wants to adopt a power-sharing resolution from 2001 “without extraneous changes from either side.”

That resolution set the membership of each committee at an equal number for each party and gave committee chair positions to the party that controls the White House. It also allowed party leaders to discharge a measure or nomination from a committee in the event of tied vote.

Negotiations on power-sharing in the Senate are taking place as three Democrats, Georgia Sens.-elect Jon Ossoff and Raphael Warnock, and Kamala Harris replacement Alex Padilla, are slated to be sworn in this week.

In a letter to colleagues on Jan. 18, McConnell said he felt the need “to address the threats to the legislative filibuster.”

“As you know, we all resisted the direct calls of President Trump to destroy the Senate by eliminating the legislative filibuster when we controlled the House, the Senate, and the White House,” he said.

Trump pushed Republican senators to vote to end the filibuster because he said Schumer and fellow Democrats would eventually end it when they took back the Senate.

In 2017, the Republican-controlled Senate extended the action to Supreme Court nominations to push through the nomination of Justice Neil Gorsuch.