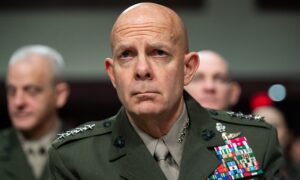 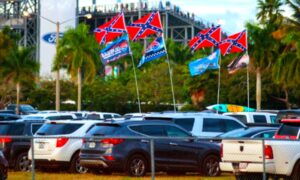 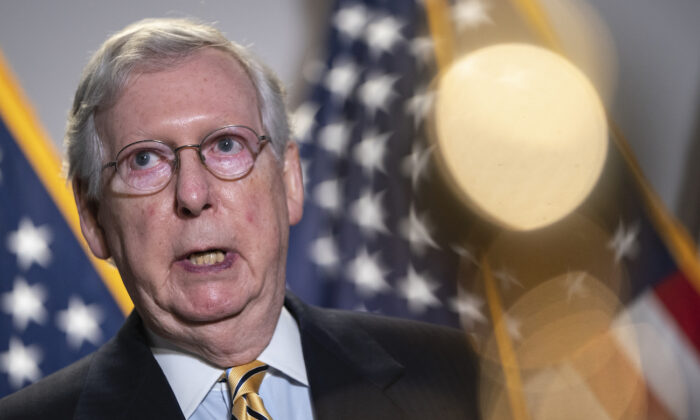 Pelosi last week called for 11 Confederate statutes to be removed, contending that they “pay homage to hate, not heritage.”

“What I do think is clearly a bridge too far is this nonsense that we need to airbrush the Capitol and scrub out everybody from years ago who had any connection to slavery,” McConnell told reporters on Tuesday, when he was asked about an unrelated provision in a defense bill that would change Confederate-named bases, reported The Hill.

“You know, there were eight presidents who owned slaves. Washington did. Jefferson did. Madison did. Monroe did. Look, as far as the statues are concerned, every state gets two [statues]. Any state can trade out, as Sen. [Roy] Blunt (R-Mo.) pointed out, if they choose to. And some actually are choosing to,” he added.

Each of the 50 U.S. states contributes two statues to a collection of statues throughout the various quarters of the Capitol complex, which can be switched out if approved by the given state’s legislature and governor.

Among the statues are 11 that show Confederate figures—soldiers and officers who served in the Confederate Army—which lost in the U.S. Civil War. They include statues of Jefferson Davis and Alexander Stephens, who were president and vice president of the Confederacy.

Blunt, who chairs the Senate Rules Committee and the Joint Committee on the Library, said that seven states are removing certain statues from the Capitol, according to Politico.

McConnell said on Tuesday he is “OK” with the idea of renaming U.S. military installations if they bear the names of leaders of the Confederacy.

“If it’s appropriate to take another look at these names, I’m personally OK with that, and I am a descendant of a Confederate veteran myself,” he said.

“With regard to military bases, whatever is ultimately decided, I don’t have a problem with,” he added.

The Senate Armed Services Committee on June 10 voted to pass an amendment to the annual military spending bill that would require the Pentagon to rename posts and assets either named after Confederate officers, or that honor the confederacy, within three years.

President Donald Trump has signaled his stance against the idea of renaming the military bases.

Sen. Josh Hawley (R-Mo.) said that he will “offer an amendment to undo” the amendment that would require renaming the military bases, calling such an effort one aimed at “historical revisionism.”

“I will offer it [the amendment] not to celebrate the cause of the Confederacy but to embrace the cause of union, our union, shared together as Americans,” Hawley said on June 11.

Calls to remove Confederate statues or rename military bases arose amid protests across the nation in the wake of George Floyd’s death in Minneapolis police custody on May 25.