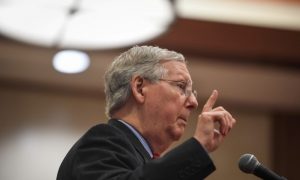 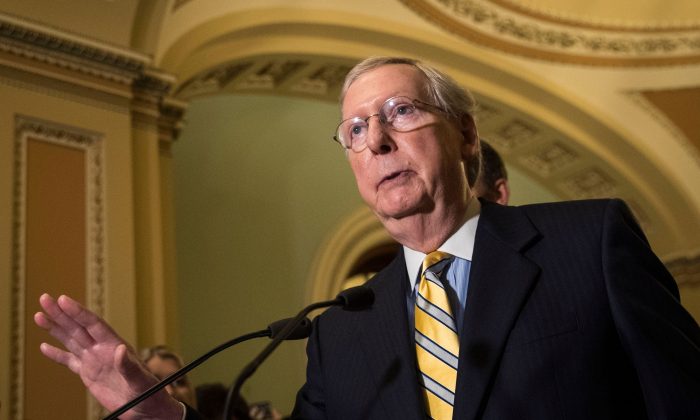 Senate Leader Mitch McConnell (R-Ky.) announced late on July 15 that he would be delaying a vote on the Senate’s version of a health care bill designed to repeal and replace The Affordable Care Act.

The vote will be delayed until Sen. John McCain (R-Ariz.) recovers from surgery he had on Friday, July 14 to remove a blood clot form above his left eye.

McCain had surgery at the Mayo Clinic. The clinic said the surgery went “very well,” but advised the 80-year-old senator to return home to rest and recover.

McCain’s office announced early Saturday, July 15, that they would not be back to Washington for the upcoming work week.

Majority Leader Mitch McConnell had hoped to push the health care bill through the Senate before the August recess. He needed every vote to get the bill passed.

With all 48 Democrats opposed, and Republican Sens. Rand Paul (Ky.) and Susan Collins (Maine) having announced that they would not support the bill. McConnell would have been one vote short of passage.

It is assumed by all that Senate President and Vice President Mike Pence would cast the tie-breaking 51st vote to advance the bill.

There should still be ample time for the Senate to consider the health care bill despite the delay caused by Sen. McCain’s surgery.

Sen. McConnell announced on July 11 that he would reschedule the Senate’s August Recess until the third week in August in order to give the body sufficient time to debate on and approve the bill. The two-week delay should still leave ample time if Sen. McCain returns on July 24.

The House of Representatives has not announced any delays in its schedule; they will be returning to their district offices on Aug. 2 unless the Senate manages to pass its version of health care legislation.

“We are in active conversations as a team to discuss what our schedule is going to be,” House Speaker Paul Yan (R-Wis.) told RollCall.com. “But right now, we plan on hitting our mark, getting our work done and making sure that we fulfill all of our responsibilities. We’ll do whatever it takes to get there.”

“We want to stay on our timetable, but if we needed to stay later to vote on the health care bill, we would,” Rep. Tom Cole (R-Okla.) told Rollcall.

Meanwhile, Sen. McCain continues to rest at home in Arizona.

McCain’s surgery was simple and successful. A two-inch incision was made below his left eyebrow to remove the clot.

“Thanks to @MayoClinic for its excellent care—I appreciate your support & look forward to getting back to work!,” McCain tweeted late Saturday.