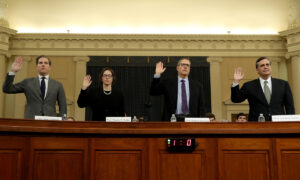 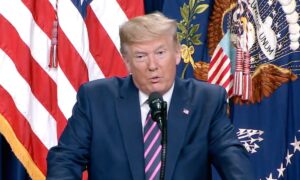 McConnell, Graham Didn’t Violate Their Oath: They Made a Determination Based on Complete Record

As the House-led impeachment inquiry nears the trial phase, some Democrats are accusing Republicans in the Senate of being partial.

You know, the same House Democrats who bent over backward for their “friends” on the other side of the aisle to ensure transparency during their interminable and partisan impeachment inquiry.

According to some of these same Democrats, Republicans are violating their oath of office, by way of prematurely deciding not to convict and remove President Donald Trump before hearing the evidence at trial.

According to the Rules of Procedure and Practice in the Senate When Sitting on Impeachment Trials, before considering the articles of impeachment, the presiding officer shall administer the following oath to the members of the Senate: “I solemnly swear (or affirm, as the case may be) that in all things appertaining to the trial of the impeachment of Donald J. Trump, now pending, I will do impartial justice according to the Constitution and laws: So help me God.”

The basis for the Democrats’ allegations revolves around the comments of several Republicans, including Senate Majority Leader Mitch McConnell (R-Ky.) and Sen. Lindsey Graham (R-S.C.), both of whom indicated that their minds were already made up as to how they would vote, even before any prospective impeachment trial.

Sen. Sherrod Brown (D-Ohio) echoed Schiff’s remarks, stating on CNN, “It’s why I’m so disappointed in my colleagues, this ‘see no evil, hear no evil’ attitude, that they don’t want to look at anything that might disagree with their world view of Republicanism and this president.”

Finally, House Judiciary Committee Chairman Jerry Nadler (D-N.Y.) stated on ABC News that these comments were essentially like “the foreman of the jury saying he’s going to work hand in glove with the defense attorney. And that’s in violation of the oath that they’re about to take, and it’s a complete subversion of the constitutional scheme.” That’s simply incorrect.

McConnell and Graham’s comments were made after they had listened to all of the testimony and evidence that was presented during the impeachment inquiry phase. The impeachment inquiry phase was the time for investigation, as reflected by the public hearings, the closed-door questioning, etc. As far as McConnell and Graham are concerned, the record is complete.

In other words, they listened to the evidence, weighed the evidence, judged the credibility of the various witnesses, and ultimately reached a conclusion. There’s nothing partial about this process.

McConnell and Graham’s opinions weren’t partisan in nature. They weren’t voting against conviction and removal because of their relationship with Trump. Rather, their decisions were strictly based on the fact that House Democrats failed to provide any evidence of an impeachable offense.

Schiff’s promise to present additional “damning” evidence is also unconvincing, as the House would have definitely presented such evidence during the inquiry phase, had it existed (Schiff can’t rely on the allegedly privileged documents that have been withheld because he hasn’t seen them and can’t speak to their contents or how allegedly “damning” they are). The fact that House Democrats failed to do so in a timely manner falls on them and is of no concern to Senate Republicans.

Said McConnell: “It was done during the Clinton impeachment as well. Not surprisingly, President Clinton and the Democrats in the Senate were coordinating their strategy. We’re all on the same side.”

This makes sense, given that impeachment is a political process and not a civil or criminal one.

For all intents and purposes, House Democrats presented their case during the impeachment inquiry phase. They were in complete control of the process by way of their partisan and one-sided resolution, prevented Republicans from calling multiple witnesses to testify, and called those witnesses whom they felt best helped their case to impeach the president.

McConnell and Graham heard the evidence, judged the credibility of the witnesses, and made a determination on the president’s “guilt” or “innocence” based on the complete record.

Finally, while the Senate is, arguably, required to hold a trial (should the articles of impeachment make it out of the House), the Republican-controlled Senate has quite of bit of discretion with respect to the Senate rules. For example, some in the Senate have discussed the possibility of dismissing the case without a trial (this is highly unlikely), proceeding to trial without presenting any witnesses, or dismissing the case after listening to opening remarks.

The Senate also has the right to revise or re-interpret the rules by way of a vote. If the Senate moves to immediately dismiss the case, would this be deemed a violation of the oath? This is highly unlikely.

McConnell and Graham are entirely correct in their assessment. The Senate shouldn’t waste too much time with this partisan impeachment. Having listened to the evidence during the inquiry phase, it should quickly dismiss this farce or acquit the president.

That would allow for a temporary reprieve until such time as the Democrats think of the next “made-up” indiscretion to pin on the president.