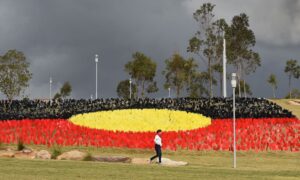 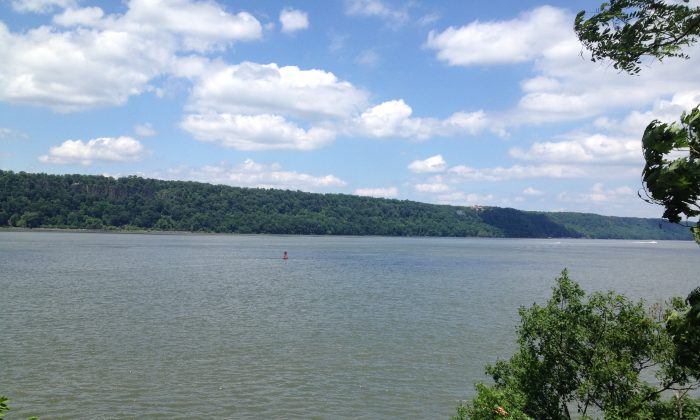 View Northwest from under the GWB by E. Nelsen
Opinion

This morning, July 22, at 8 AM when most residents will be on their way to work, Englewood Cliffs Mayor Joseph Parisi scheduled a public hearing on an ordinance introduced by the Council in a 5 to 1 vote to keep building heights at the traditional 35 feet for the entire town.

At the last Council meeting, an ordinance was brought up to preserve the Palisades views after residents led by Carin Geiger and a group called “Concerned Residents of Englewood Cliffs” voiced their opposition to allowing hi-rises in Englewood Cliffs, on the Palisades.

This is how it happens – LG says they are “negotiating”, in effect stifling press reports by demanding radio silence from their opponents, while Mayor Parisi appears to prevent the public from being informed about public meetings – or even attending them.

Even though LG electronics obtained a variance that is not affected by the ordinance to preserve the 35 ft height limit, their attorney, Nick Sekas attended the Planning Board meeting the night after the Council introduced the reaffirmation of the the 35 ft ordinance. He threatened that LG would leave Englewood Cliffs if the ordinance passed, which was viewed as not only arrogant, but odd. LG’s variance would not be affected by the law, because that was what the law was when they obtained the 143 ft variance that prompted preservationists to fight the electronics company.

However,when you consider that the zone that includes Mayor Parisi’s bank – where he sits on the Board – is affected by the law, and any of his insurance clients who own property in the Overlay zone that would basically be removed if the law passed, his apparent efforts to prevent folks from attending the public hearing and perhaps preventing vote for a referendum on hi-rises make shameful sense.

This is the new way to get around sunshine laws these days in NJ.  Governor Christie’s appointees at the Port Authority perfected it by scheduling public hearings on toll increases at inconvenient times and places so only the paid hired hands could go and put on a show.  In this case, the folks in favor of reaffirming the 35 ft height ordinance and undoing Mayor Parisi’s attempts to allow his friends to destroy the Palisades views will be unable to go the hearing.

At an earlier Planning Board hearing when the Mayor wanted to change the Master Plan to push for hi-rises, the Mayor did not advertise the hearing on the website and invited his supporters there 2 hours early – leaving most residents locked out in the rain. When the residents tried to warn each other for the next hearing, the Mayor abruptly canceled the meeting under what appear to be false pretenses and called a press conference. At the Council meeting when a referendum was brought up, he vetoed it. After the residents spread flyers throughout the town warning them what the Mayor had in store and the Mayor’s actual role in LG’s plan to create essentially the Palisades “photobomb”, they convinced the Council to reconsider their positions.

Sunshine finally shone on the Borough of Englewood Cliffs when most of the Council came to their senses and undid (with one ordinance to preserve the traditional 35 ft height ordinance) what Mayor Parisi did when he dissolved the zoning board and created the new hi-rise overlay zone with the Planning Board he controls. This morning Mayor Parisi tried to draw the curtains on the whole affair so nobody would see what was happening while he tried to derail that victory for the residents. Shameful.

Update:  Even though the Public hearing was scheduled for an ungodly hour of 8 am, to discourage residents from attending, about 30 hardy Englewood Cliffs residents were present and spoke up to ensure that the Governing Body passed the 35 ft height ordinance to preserve the Palisades views. Here is the official statement by Carin Geiger of Concerned Residents of Englewood Cliffs:

“The Mayor and Council today set Englewood Cliffs on the path to restoring its long-standing traditional 35 foot height limitation, consistent with our Master plan, and shows how the town’s leaders can put aside party politics and do the right thing for our community.

Concerned Residents of Englewood Cliffs(CREC) wants to maintain the residential character and quality of life of our community. That is why we moved here, and not to Fort Lee or to Hoboken.  We want to preserve the Palisades for future generations to enjoy and to admire, as we now can.  The 35 foot height limitation is essential to that goal.  We join with Americans who, for over a century, protected the Palisades and we are proud to continue that tradition.

The 2009 Master Plan is the vision and will of the residents of Englewood Cliffs. Notably, it does not speak of high rise buildings anywhere in Englewood Cliffs.  Sadly, in 2012, that vision was ignored and breached.

Today, the Mayor and Council unanimously voted to begin the process of restoring our traditional zoning so in the future high rise development cannot occur.  The Council listened to the people.  Residents who felt isolated from government learned that their voice is not only important, but can make a difference.

We hope that LG will listen to the will of the people of Englewood Cliffs as well.  LG must voluntarily reduce the height of their planned corporate headquarters so that our quality of life and the majesty of the Palisades, our natural and historic treasure, are preserved.  We want LG as our corporate neighbor and will applaud them when they bring the initiative and creativity that they are known for in the field of electronics to a revised building design with a reduced height.  It is time for the litigation to end, and the building to begin so we can all move forward together and truly believe that Life’s Good.

(Note: The Council also voted to approve a non-binding referendum for the November ballot on the 35 foot limit, but only if the restored 35 foot limit Ordinance is not approved by August 29.  We believe that the Planning Board and Council must-and will-approve the ordinance and a referendum will not be necessary.)”

Carol A. Hoernlein P.E.
Follow
Carol is a licensed Water Resources Civil Engineer practicing in Northern NJ. In 2007, Carol became known statewide in NJ as an elected official/political blogger by raising awareness of NJ political corruption not being covered by the local press. Before switching careers, Carol studied Food Science and Agricultural Engineering at Rutgers and worked as a Research & Development food process engineer.
TOP NEWS