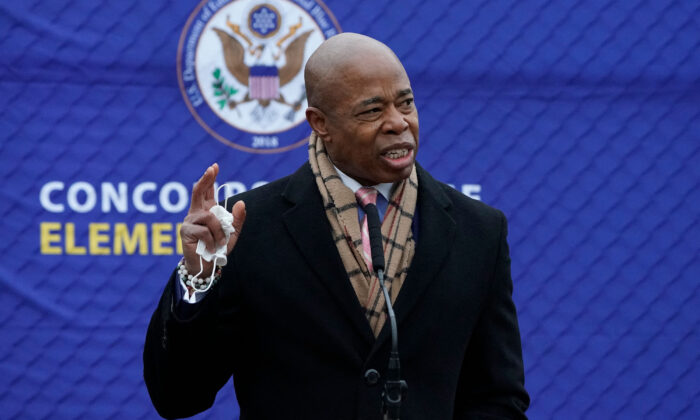 Mayor Eric Adams Is Half Right

It is usually Republicans who blast the media for what they consider biased or unfair coverage of their policies, but increasingly we are hearing Democrats engaging in the same behavior, apparently frustrated their agenda is not being embraced by some of their fellow Democrats and the public.

Earlier this month, New York City Mayor Eric Adams, who has yet to stem rising crime as he promised to do, criticized reporters for what he regards as their negative coverage of his administration. To be fair, he was just sworn in on Jan. 1, 2022, but there are few signs that the policies he has so far implemented have had much of an effect.

At a news conference, Adams went a step further and blamed the lack of “diversity” in newsrooms as the reason for his negative coverage. If he wants cheerleaders, perhaps he should hire some from the National Football League.

Mayor Adams is right about the lack of diversity in a media that regularly promotes racial, ethnic, gender and sexual orientation balance in other areas of American life. A 2018 article in Columbia Journalism Review referenced a Census Bureau finding that while racial and ethnic minorities comprise 40 percent of the population, they “make up less than 17 percent of newsroom staff at print and online publications and only 13 percent of newspaper leadership.”

The mayor is wrong, though, when he implies that a black journalist would—or should—report on him more favorably than a white reporter. Such an assertion demeans the professionalism of journalists of color and suggests because of their race they should support politicians who look like them. This attitude fuels the perception among many news consumers that the media overlook too many faults among Democratic and liberal politicians. All journalists should apply the same standard to all politicians regardless of their race, gender, or sexuality. It is why I have opposed professional associations made up solely of black and Hispanic journalists. Such organizations suggest a different standard for covering the news and that is bad, not only for the profession, but for the individual reporter and opinion writer.

“I’m a Black man,” said the mayor, “but my story is being interpreted by people that don’t look like me.” How would he “interpret” the uptick in crime since he took office? As The New York Post reported, “New NYPD statistics reveal serious crimes, including in the transit system, are only increasing.” Adams has dismissed concern over these incidents, and notes the paper is spreading a “perception of fear.” It is more than a perception of fear. It is legitimate fear caused by what growing numbers of New Yorkers see as unsafe streets and subways.

How should a black journalist cover these statistics in ways that would satisfy Adams? Should crime be ignored? Most crime victims are people of color, as are most of the perpetrators. Should black journalists overlook these facts that bring important information to the public?

Chicago Mayor Lori Lightfoot has said something similar. On the occasion of her second anniversary in office, Lightfoot said she would only grant one-on-one interviews to journalists of color, criticizing local media for being “overwhelming white.” One doesn’t have to imagine the furor that would follow an announcement by a white politician that he—or she—would grant interviews only to white reporters. Equally infuriating would be a conservative politician who announced that no interviews would be granted to liberals.

Statements like these by Adams and Lightfoot do not help their believability, or the credibility of modern Journalism. Individual journalists, especially those of color, should push back against such racism. So should journalism organizations. Not to do so will further damage an already damaged profession.