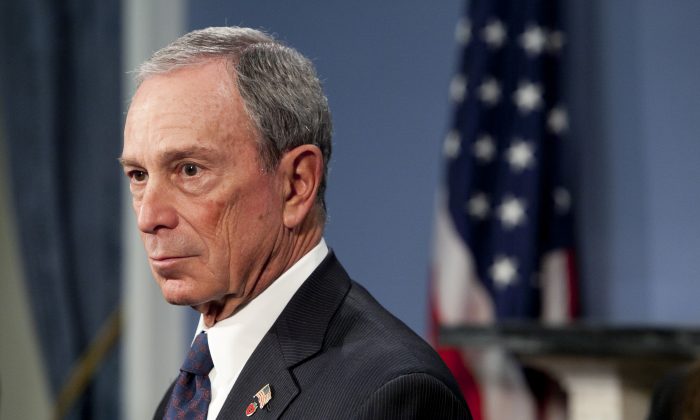 NEW YORK—As he vowed to do for years, Mayor Michael Bloomberg used his power of veto on the paid sick leave bill on June 7.

Businesses with 20 or more employees would have to comply with the law by April 2014, and businesses with 15 or more by October of 2015.

City Council member Gale Brewer, the lead sponsor on the bill, said in a statement she was deeply saddened and disappointed, but not surprised by the mayor’s veto.

“After more than three years of public debate and revision, and strong support from Speaker Quinn, the Paid Sick Time Act is overwhelming popular among New Yorkers in all walks of life and 45 of 51 Council Members,” Brewer said in a statement.

“Once enacted into law, Paid Sick Time will codify basic rights for approximately one million New Yorkers: the right to earned paid days off when you or a family member falls ill, and the right to keep your job if you must stay home. It is a mistake to oppose these basic protections for working people, especially when those who oppose them already have such rights.”

Bloomberg’s veto message included much of the same arguments the Mayor used when speaking out against the bill in the past. “While the motivation behind Intro. 97-A is laudable, the bill will have deleterious effects on businesses and not-for-profit organizations throughout the city and it will hurt the city’s economy,” Bloomberg said in statement.

The mayor also expressed concern over having the Department of Consumer Affairs (DCA) as the agency overseeing paid sick leave.

The mayor said the city estimates DCA would need to hire 49 staff and spend $8 million in fiscal year 2014, and $4.8 million annually thereafter.

“The bill will cost the city substantial resources we do not have to have, to create a new part of an agency that has no experience performing the functions this bill will require,” Bloomberg said.

The City Council has a veto proof majority on this piece of legislation, and Council member Brewer said she looks forward to overriding the Mayor’s veto.

Brewer and the Council will have 30 days from the June 12 Stated Meeting to vote to override the veto in the committee and then with the full council at the next Stated Meeting.