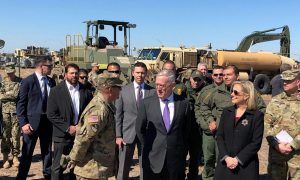 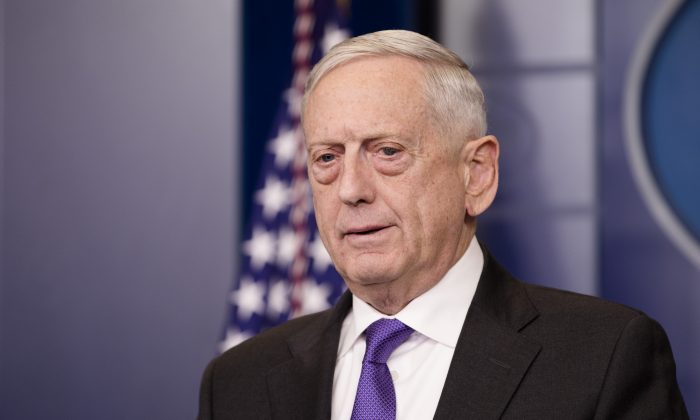 Mattis: Obama’s Lack of Response to Iran’s ‘Act of War’ Was Because of Nuclear Deal

Former Defense Secretary Jim Mattis said in a new book that the administration of then-President Barack Obama didn’t respond to an “act of war” from Iran because it wanted to see through the nuclear deal, which was signed in 2015.

Mattis said that when he took over U.S. Central Command in 2010, he knew Iran was the country’s most deadly adversary.

The next year, two Iranians were arrested for allegedly planning to bomb Cafe Milano, a restaurant in Washington.

“Attorney General Eric Holder said the bombing plot was ‘directed and approved by elements of the Iranian government and, specifically, senior members of the Qods Force.’ The Qods were the Special Operations Force of the Revolutionary Guards, reporting to the top of the Iranian government,” Mattis wrote in his just-released book, “Call Sign Chaos: Learning to Lead,” according to the Washington Examiner.

Mattis said he was left out of the loop and was informed by a duty officer about the foiling.

“I saw the intelligence: we had recorded Tehran’s approval of the operation. Had the bomb gone off, those in the restaurant and on the street would have been ripped apart, blood rushing down sewer drains. It would have been the worst attack on us since 9/11. I sensed that only Iran’s impression of America’s impotence could have led them to risk such an act within a couple of miles of the White House,” he wrote.

“Absent one fundamental mistake—the terrorists had engaged an undercover DEA agent in an attempt to smuggle the bomb—the Iranians would have pulled off this devastating attack. Had that bomb exploded, it would have changed history.”

Mattis said he wanted to “respond forcefully,” raising the cost for the plot “beyond anything” Iranian leadership could pay. He also wanted Obama to issue a public denouncement of the plot.

Instead, “we treated an act of war as a law enforcement violation, jailing the low-level courier,” Mattis wrote. He said the conflict between leadership led to his ouster.

“In my view, we had to hold Iran to account and strike back when attacked. But there was a reason for the administration’s restraint. The administration was secretly negotiating with Iran, although I was not privy to the details at the time,” he said.

Mattis also criticized the Obama administration for wanting “human rights to be the singular criterion for our foreign policy,” leading to clashes with longtime Middle Eastern allies like Saudi Arabia, Egypt, and the United Arab Emirates, according to NPR.

“The Arab monarchies and strongman leaders were not reforming at the pace our human rights idealists insisted upon,” Mattis wrote. “But those nations that had stood by us after 9/11 had records far better than those of hostile, oppressive regimes like Iran and Syria.”

He recalled when he was dismissed in late 2012.

“I received an unauthorized phone call telling me in an hour, the Pentagon would be announcing my relief. I was leaving a region aflame and in disarray,” he wrote. “The lack of an integrated regional strategy has left us adrift, and our friends confused.”

Mattis also criticized then-vice president Joe Biden, who told him: “Know why you’re at CENTCOM?. Because no one else was dumb enough to take the job.”

Biden would also not listen to him, Mattis said.

“He didn’t want to hear more; he wanted our forces out of Iraq. Whatever path led there fastest, he favored,” Mattis wrote. “He exuded the confidence of a man whose mind was made up, perhaps even indifferent to considering the consequences were he judging the situation incorrectly.”

The former official also praised former president George H.W. Bush, saying he “avoided sophomoric decisions like imposing a ceiling on the number of troops or setting a date when we would have to stop fighting or leave” in the U.S. victory in Kuwait but said that then-president George W. Bush’s decision to enter into a war with Iraq seemed ill-advised.

“Invading Iraq stunned me,” Mattis wrote. “Why were we fighting them again?”