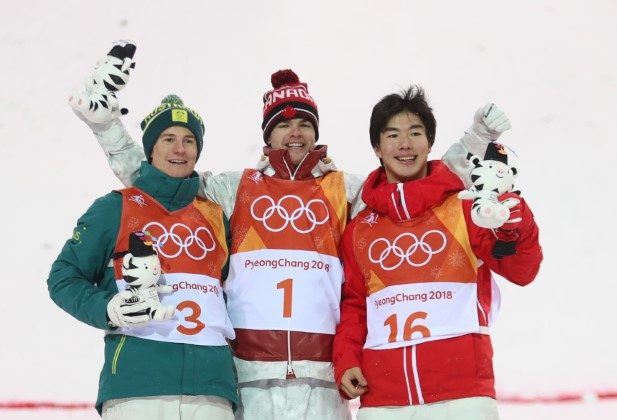 PYEONGCHANG, South Korea—A smile beamed across the face of Australia’s Matt Graham as he was announced as an Olympic silver medalist following his excellent display in the moguls final on Monday.

Although he lost out to the extraordinary Mikael Kingsbury for the gold, Graham, known as “Moguls Matt” in his home country, could not have been happier.

Cheered on by a boisterous group of family and friends, some of whom took their shirts off despite the freezing temperatures at Phoenix Snow Park, Graham celebrated with a huge Australian flag given to him by his father.

It could of all been so different for Graham, who gave up a possible career as a professional sailor to dedicate himself to skiing.

“I was a sailor, a four-times national sailing champion at a young age. Competitiveness was driven into me, especially by my father.”

It wasn’t until Graham was 12 that he made the sole commitment to skiing.

“My dream originally as a kid was to go to the summer Olympics for sailing and then come to the winter Olympics for skiing, but I realized that was too bloody hard,” Graham said.

The world number three who hails from Australia’s Gold Coast just wanted to follow in the footsteps of his older sibling.

“He chose skiing and as a younger brother you just wanted to be like your older brother,” he said. “He pushed me at an early age. I chased him around the mountain, trying to do what he was doing.”