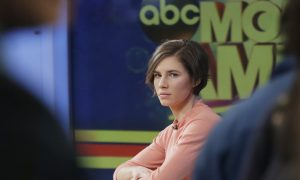 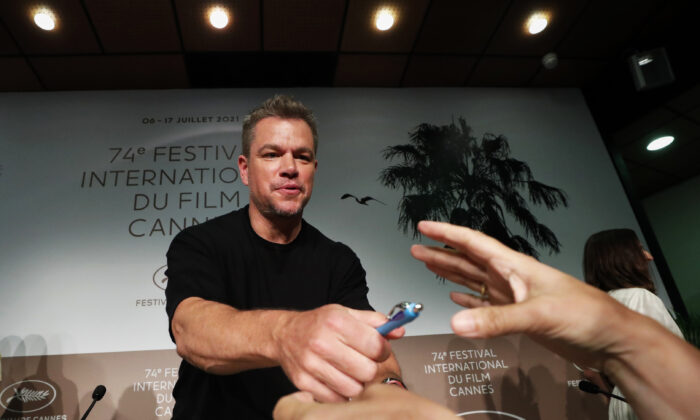 CANNES, France—Matt Damon said on Friday he had immersed himself for weeks in Oklahoma with oil rig workers for his role as a disoriented American who travels to France to help his jailed daughter, in a new film loosely inspired by the real-life Amanda Knox case.

Damon said he spent time driving around and living with the so-called roughnecks in Oklahoma to grasp his character’s mindset in “Stillwater”.

“Being invited into their homes, into a backyard barbecue, a guitar comes out and they start singing church songs. It’s a very specific place.. and very different to where I grew up,” Damon told a news conference after “Stillwater” held its red carpet premiere at the world’s biggest cinema festival.

“It was really eye-opening for me.”

In the film, which was screened out of the festival’s main competition, Damon plays oil worker Bill Baker, who travels to Marseille, France to visit his estranged student daughter Allison in prison.

She is serving time for the murder of her roommate, echoing the story of American student Knox and her then boyfriend who were convicted and later acquitted of killing British student Meredith Kercher at a flat in Perugia, Italy, in 2007.

The film explores the struggles faced by Baker in a foreign country, as he tries to overcome cultural and language barriers to help Allison, played by Abigail Breslin, when a new lead comes to light.

Damon said having children of his own had also helped him relate to Baker, who is struggling to repair his broken relationship with his daughter.

“Since I’ve had kids I feel like everything is a lot more available in my job, emotionally speaking,” Damon said.

On one visit to Marseille, his character forges a new bond with a French child, eight-year-old Maya, played by first-timer Lilou Siauvaud, and her mother.