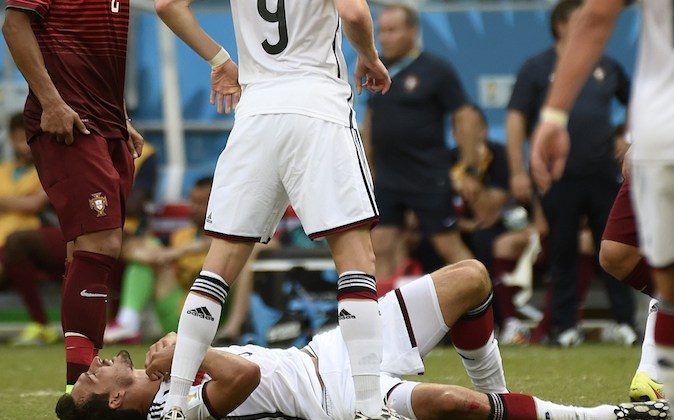 Germany's defender Mats Hummels is injured during the Group G football match between Germany and Portugal at the Fonte Nova Arena in Salvador during the 2014 FIFA World Cup on June 16, 2014. (ODD ANDERSEN/AFP/Getty Images)
Soccer

Mat Hummels is unlikely to return for Germany against Ghana.

Hummels did not train on Thursday, though he has not been totally ruled out yet for Saturday’s match.

The 25-year-old scored against Portugal, and will be missed should he be omitted.

Check on an Associated Press article on Germany’s team.