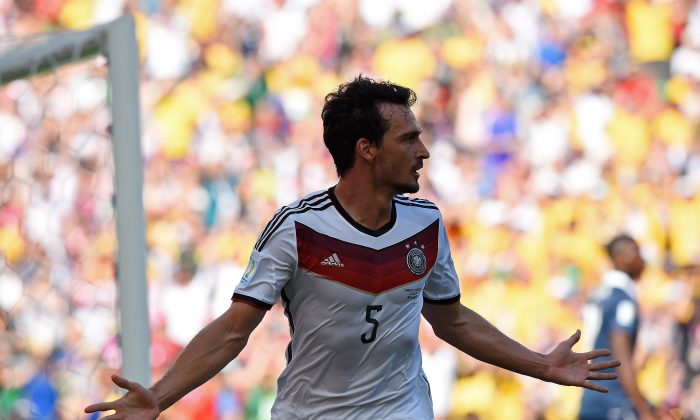 Germany's defender Mats Hummels celebrates after scoring a goal during the quarter-final football match between France and Germany at the Maracana Stadium in Rio de Janeiro during the 2014 FIFA World Cup on July 4, 2014. (FRANCK FIFE/AFP/Getty Images)
Soccer

Mats Hummels scored against France in the 12th minute.

Check out his goal.