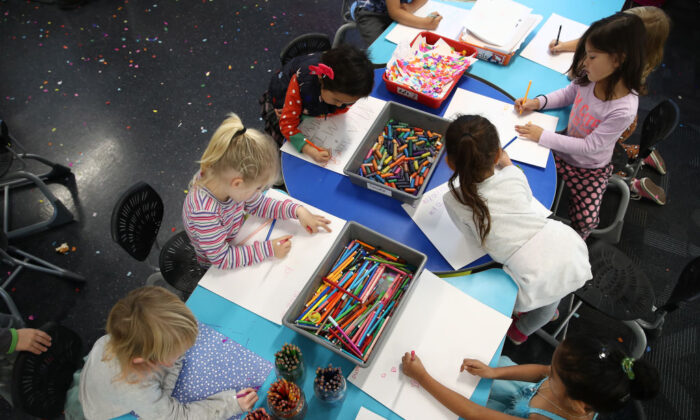 Maths Losing out to Ideology in Australian Classrooms: Think Tank

An ongoing ideological bias against explicit instruction in maths classrooms is the biggest reason why Australia’s performance in the subject continues to slide, according to experts.

An analysis paper, ‘Failing to Teach the Teacher’, published by the Centre for Independent Studies, found that Australia’s universities were failing to teach effective instruction methods to future maths teachers.

It found that primary education bachelor courses in 27 of 31 universities had an emphasis on student-led, or “constructivist” instruction methods, rather than teacher-led, or “instructivist” approaches. The remaining four were either ambiguous or provided a range of teaching approaches.

Glenn Fahey, an education policy expert and co-author of the paper, told The Epoch Times that teachers wouldn’t be effective in the workplace if what they learn during their training courses were not effective.

However, this teaching method is no longer a popular idea with Australian educators and policymakers, who prefer to allow students to “explore and inquire” about subjects rather than have teachers guide them.

“[From their view,] teachers should intend to make maths fun, make maths engaging, and use a lot of word-based problems … because they fear that students will be scared off from doing maths if they have to learn formulas, do lots of arithmetic, and do a lot of practice,” Fahey said.

Tim Marchant, the director of the Australian Mathematics Science Institute (AMSI), previously told The Epoch Times that students and parents were also placing less value on the subject.

“More kids in Year 8—about 50 percent—don’t like mathematics compared to other countries,” Marchant said.

While students do experience increased engagement from current teaching methods, it is only in the short term, and they will lose engagement in the long run because of failure to understand maths procedures.

“This is a really good example of why Australian students really struggle with the algebra element, in particular, in high school,” Fahey said. “It is partly because we engage so much in those ‘applied to real world’ [examples] and less abstract examples.”

“This is the most formative time for the practices that teachers will take to the classroom,” he said.

Australia has had a shortage of qualified maths teachers for decades, with secondary school principals reporting that maths teacher vacancies are the hardest to fill.

This has resulted in maths classrooms being led by teachers who have not received formal training to teach maths.

Meanwhile, Fahey said current teaching courses only add to the problem, as schools find the need to retrain teachers away from ineffective teaching methods.

“For years now, new teachers have finished their training without the knowledge and skills to be effective in the classroom, despite tougher standards and accreditation on paper,” he said. “It’s now clear that quality assurance needs to be stepped up and be more direct.”

“Teacher education faculties that are not adequately preparing student teachers to become effective classroom teachers using evidence-based practices should not be in the business of teacher education,” he said.

“If necessary, the government will use the full leverage of the $760 million it provides to education faculties to insist that evidence-based practices are taught.”