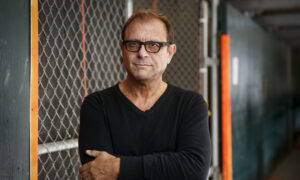 Corporate Socialism on the Rise in US, Scholar Says
0
Share Now
TelegramFacebookTweetEmailTellMeWeReddit
Copy Link
US

PARIALMENT HILL, Ottawa—Liberal leader Michael Ignatieff is facing questions about his leadership after a Liberal motion on Canada’s maternal health initiatives in developing countries failed to pass, despite having the support of the other opposition parties.

Although the motion did not specifically mention “abortion,” many pundits and MPs interpreted it to support abortion.

The motion was a whipped vote for the Liberals, meaning MPs had no choice but to vote in favour of it. Despite this, the motion failed to pass when 13 Liberals missed the vote and three voted with the Conservatives against the motion. The final tally was 138 to 144.

“This was not our finest hour,” Liberal health critic Carolyn Bennett said afterwards. Bennett said the Liberals are not about to drop the issue. She refused to comment on rumours that Ignatieff had taken the fall for what happened with the vote.

“We don’t talk about what happened in caucus but I think everybody knows that we’ve learned a lot and that we’ve got to go forward in consultation, communication, attendance, indicating whether you’ll be there or not.”

Ignatieff has not commented in detail about what kind of discipline could be carried out against the dissenting voters—Paul Szabo, John McKay, and Dan McTeague, all long-time opponents of abortion.

So far the Liberal leader has said only that the party will be dealing with the matter internally.

“You are not looking at a leader that is happy with the result,” he told reporters following the vote.

He disagreed with one reporter’s suggestion that as the leader, he was like a general leading the troops, only to have them turn their guns on him.

“I don’t think the troops are shooting at me. I think the position of the party … is that Canada must stand behind the reproductive rights of women overseas,” he said.

“We will be dealing with this as an internal caucus matter. I don’t discuss those matters outside.”

Several MPs knew they would be away and could have “paired” their vote if they could find a Conservative MP willing to abstain from the vote in exchange, but they failed to do so.

Liberal MP Borys Wrzesnewskyj said he had permission to skip the vote and is also opposed to abortion. He said he was uneasy that even though the motion did not mention abortion, support for it was inferred.

Conservative MP Mike Lake said Ignatieff's plan to use the motion as a wedge issue—an issue that would force a divide between the Liberals and Conservatives and win over voters—instead divided the Liberal Party.

“He wedged his own caucus and we could see that right from the start,” he told the CBC.