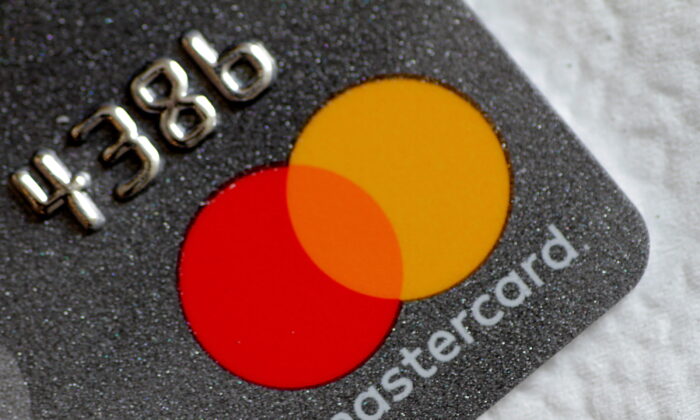 A Mastercard logo on a credit card in this picture illustration on Aug. 30, 2017. (Thomas White/Reuters)
Inflation

Mastercard Inc. warned on Thursday that runaway inflation was sapping spending from lower-income customers, after rounding out a strong quarter for card issuers.

Consumers across the globe have been showing signs of cracking in the face of decades-high price pressures, with purchases at retailers including Walmart shifting away from big-ticket items to essentials and groceries.

“In the U.S., what you are seeing is a declining trend in terms of the growth rates on the lower income side of things,” Chief Financial Officer Sachin Mehra said on an analyst call.

Mastercard’s commentary was less optimistic than rival Visa Inc., which said it was yet to see signs of a pullback in spending from its cardholders.

While spending by affluent consumers and a surge in cross-border volumes have so far provided a bulwark against the downturn, that trend could take a hit as the U.S. economy stares at a recession after two quarters of contraction.

Mastercard CEO Michael Miebach also cited rising interest rates and a natural gas shortage as risks in Europe, the company’s second-largest market and where payment volumes have been positive.

In the second quarter, the company’s performance was propped up by the strongest summer travel season since the start of the pandemic, thanks to pent-up demand and the easing of COVID-19 curbs.

Cross-border volumes jumped 58 percent on a local currency basis in the April–June period, helping drive up gross dollar volumes on Mastercard’s network by 14 percent to $2.1 trillion.

The New York-based company reported an adjusted profit of $2.56 per share on net revenue of $5.49 billion. The figures were higher than analysts’ estimates of $2.36 per share and $5.26 billion, respectively, according to Refinitiv data.

By Niket Nishant and Manya Saini