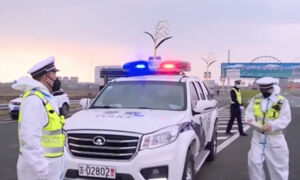 There’s a new CCP virus outbreak in China’s Dalian city. The virus has spread to at least seven cities—ever since the authorities confirmed an infection cluster on July 23.

The Dalian city government has claimed that a seafood company was the source of the latest outbreak, saying that the virus was found on the packaging of frozen seafood. In addition, 85% of the new cases of infection are coming from either employee of the company or relatives of the employees.