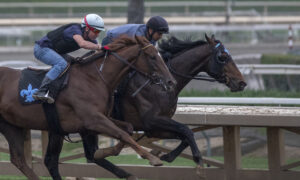 After three days of searching, authorities in Nuevo Leon in northeast Mexico, Sunday, uncovered a total of 51 bodies they say are probably victims of the drug gang Los Zetas, according to La Jornada.

The bodies were deposited in a landfill over an area of nearly seven and a half acres. Officials called the number of dead unprecedented, according to the report.

Officials say the dead are victims of drug trafficking wars between Los Zetas, and “The Resistance,” a alliance of three gangs—the Gulf’s powerful Sinaloa Cartel, La Familia, and Los Valencia.

The remains are being autopsied and authorities hope to identify them from DNA and tattoos. They estimate the bodies were buried within the past 15 days, according to La Journada.

Most of the bodies are of people age 20-30, and three are female.