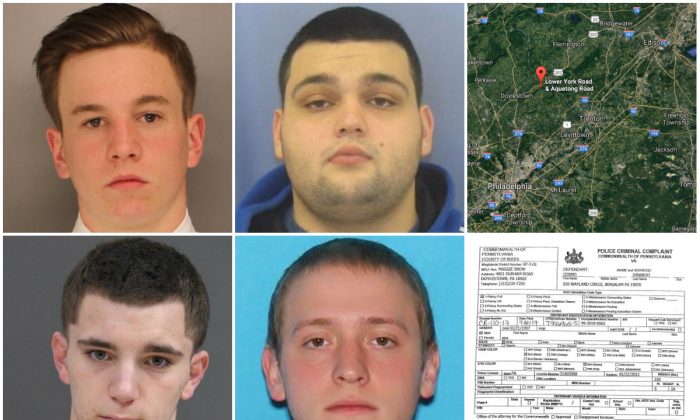 The body of a missing man has been identified among the remains in a common grave discovered in Solebury Township, Pennsylvania. He was one of four men, who recently went missing in the rural area.

The body belonged to Dean Finocchiaro, 19, who disappeared from his Middletown Township home on Friday, July 7.

“This was a homicide. Make no doubt about it,” said Bucks County District Attorney Matthew Weintraub during a late Wednesday night press conference, according to Thursday, July 13, release.

Cadaver dogs led investigators to the 12-foot deep grave on Wednesday. It is still possible bodies of the other three missing men will be identified among the remains inside.

Still not accounted for are Thomas Meo, 21, of Plumstead Township; Mark Sturgis, 22, of Pennsburg; and Jimi Patrick, 19, of Newtown Township.

“We’re going to bring each of these lost boys home to their families, one way or another,” Weintraub said.

Police focused the search for four days on the land around properties owned by Antonio and Sandra Dinardo, as their son Cosmo, 20, has been identified as a “person of interest” in the case.

Dinardo, the son, has been arrested for trying to sell a car belonging to one of the missing men, Thomas Meo. He is charged with stealing the 1996 Nissan Maxima and trying to sell it for $500 to a friend in Bensalem (where Dinardo lives).

Dinardo had been previously committed to a mental institution and is now held on a $5 million bail as a flight risk.

Police found Meo’s Nissan at 4 a.m. on Sunday on a property owned by the Dinardos. The car’s title was inside the vehicle, unsigned by Meo, along with his insulin kit.

Meo had diabetes and “never went anywhere without” his insulin kit as he couldn’t survive without it, Weintraub said.

That was when the police started to search the area for any signs of the missing men.

“We are going to go where it leads us. We don’t pick a person and then try to build a case around that person. That’s not fair to anyone. As of this moment, he remains a person of interest. But if others arise and we can name them, we will,” he said.

Anyone with information that could be helpful to the investigation is asked to call 215-297-8201.