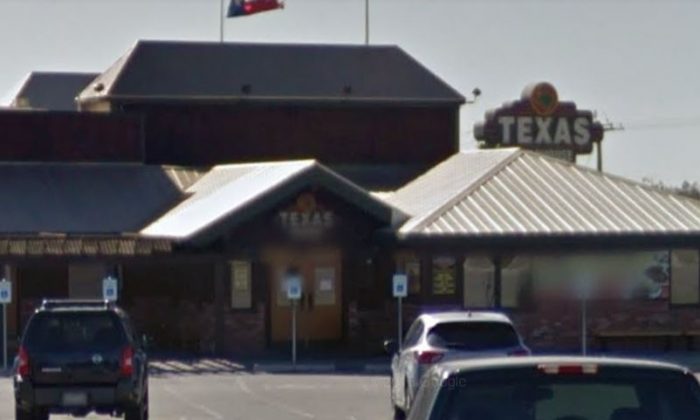 Four people were shot by a masked gunman outside a restaurant in San Antonio, local police said.

The Sunday, Feb. 18, shooting in Texas left two victims in critical condition while a 6-year-old shot in the leg is in stable condition.

The four victims are all part of the same family, reported News4. The other three victims are in their 20s.

“The folks were waiting outside to eat when the shooting occurred,” San Antonio Police Chief William McManus said.

The masked gunman is still on the loose after fleeing to the Holiday Inn Express nearby and then vanishing.

Officers said the shooting is being investigated as a targeted attack and suspect the gunman knows the family who was shot.

McManus didn’t release a description of the shooter because it was “vague,” reported KSAT.

Surveillance footage was obtained but the mask obscured the shooter’s face.

The Texas Roadhouse location is in Cinema Ridge, where the shooting took place at about 8:45 p.m.

Multiple witness statements were being taken after the shooting, reported KENS5. Many were being treated for anxiety.

Witnesses said the shooter opened fire with a semi-automatic handgun and emptied the entire clip into the family.

One shot went through a wall and into the restaurant but didn’t hit anyone.