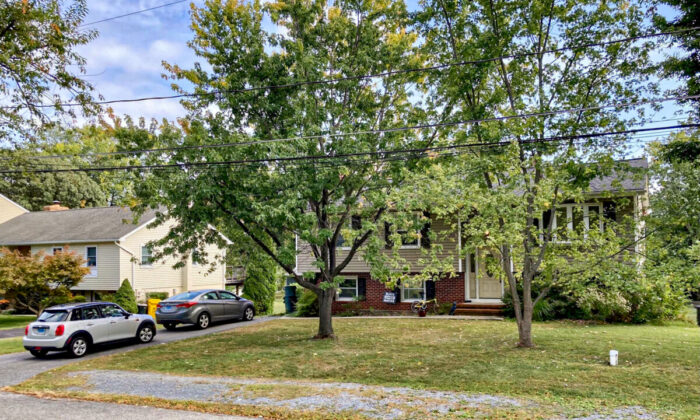 Neighbors report that the FBI spent hours combing inside and out of this Mini Cooper, parked at the home of Jonathan and Diana Toebbe, who were arrested on Oct. 9, 2021, on espionage-related charges. (Amy Davis/The Baltimore Sun/TNS)
US News

By Taylor DeVille
From The Baltimore Sun

BALTIMORE—A former U.S. Naval nuclear engineer accused of trying to sell secrets to a foreign government is due to appear in court Monday for a plea hearing.

Jonathan Toebbe of Annapolis and his wife, Dana Toebbe, previously pleaded not guilty to charges of espionage in October. A plea hearing indicates that Jonathan Toebbe will change that plea.

Toebbe, a 42-year-old who worked on classified nuclear projects for the Navy, and his wife, a former humanities teacher at the Key School in Annapolis, face espionage charges for selling secrets about nuclear submarines to an undisclosed foreign power. They were arrested in October in Jefferson County, West Virginia, after selling confidential information “concerning the design of nuclear-powered warships” over the course of a year to an undercover FBI agent who posed as a representative of a military intelligence agency, according to the U.S. Department of Justice.

A West Virginia magistrate judge in a Friday order said that Jonathan Toebbe of Annapolis will enter a plea at 3 p.m. local time Monday.

Nicholas Compton, an assistant federal public defender for the Northern District of West Virginia and Toebbe’s defense attorney, did not respond to a request for comment Saturday.

Federal authorities allege that in the spring of 2020, Jonathan Toebbe, 42, began communicating with undercover agents, offering to sell nuclear secrets.

Jonathan Toebbe communicated with agents through encrypted channels, received covert signals and left memory cards containing sensitive information hidden in a peanut butter sandwich and a pack of chewing gum during “dead-drop” exchanges at specified locations in exchange for thousands of dollars in cryptocurrency.

His wife was seen assisting with the drops, sometimes apparently acting as a lookout, according to the complaint.

A magistrate denied Diana Toebbe’s request to reconsider her bail denial. Her attorneys have appealed, asking the court to hold a second detention hearing and consider new evidence—that Jonathan Toebbe has insisted, while in pretrial detention, that his wife is innocent, and that Diana Toebbe’s DNA was not found on “several crucial items of evidence” produced by prosecutors.