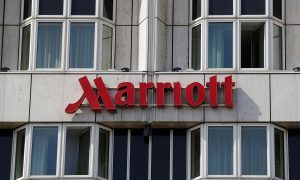 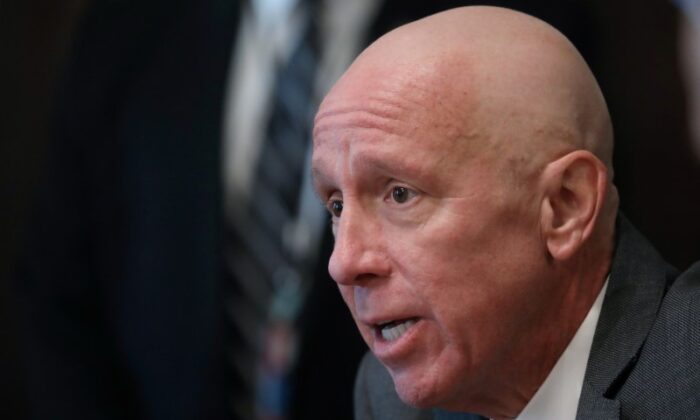 Arne Sorenson, president and CEO of Marriott International, participates in a meeting in the Cabinet Room of the White House in Washington, on March 17, 2020. (Leah Millis/Reuters)
Companies

The first non-family member to head the hotel chain, Sorenson, 62, had earlier this month stepped back from full-time role to treat cancer that was diagnosed in 2019.

Marriott said he died on Monday and that it will appoint a new CEO in the next two weeks.

Sorenson took charge in March 2012 and led the $13 billion acquisition of Starwood Hotels and Resorts in 2016, resulting in Marriott becoming the world’s biggest hotel chain with over 1 million rooms.

“He had an uncanny ability to anticipate where the hospitality industry was headed and position Marriott for growth,” Executive Chairman JW Marriott, Jr said in a statement.

During Sorenson’s tenure, the company’s shares have jumped 242 percent, despite the 15 percent dent over the past year due to the coronavirus crisis that brought travel to a near halt.

In his absence, Stephanie Linnartz, group president, consumer operations, is overseeing the company’s lodging division, while Tony Capuano, group president for global development, is in charge of the U.S. and Canada lodging business.

“Given the leadership of the Marriott family and of Arne, the executive bench at Marriott is arguably the strongest in the industry and will have the knowledge and leadership to carry on the Marriott way,” Macquarie Research analyst Chad Beynon said.

By Ankit Ajmera and Rachit Vats