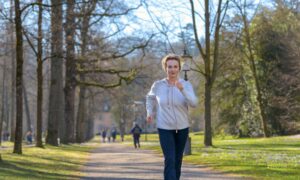 European equity markets bounced from their lowest levels in 2 months, following the positive close in the US after Alcoa beat expectations for its quarterly earnings report.  Treasury bonds in both Spain and Italy were seen higher on the session and the Euro posted gains against most of the major currencies.  Both the Euro Stoxx 600 and the S&P 500 were higher by nearly 1 percent which is the first positive performance in 6 trading sessions.

European Central Bank (ECB) members were making headlines, after giving comments that the ECB still has the ability to restart its purchases of government in troubled regions, and this was viewed as an official response to the increase in Spanish Treasury Bonds, which are now trading at yields of nearly 6 percent.  The main macro event today will be the release of the US Federal Reserve’s Beige Book, which will come later in the session.

In commodities, Aluminum rose (along with the Alcoa earnings) to trade above $2,080 per metric ton while Brent Crude Oil remains above the $120 per barrel level, breaking two days of losses.  The three month copper contract was up 0.6 percent but gold failed to match the trend and dropped 0.3 percent, which was the first negative session this week.

Trading in the coming sessions is likely to involve some reductions in volatility as there is little in the way of macro data to provide a clear direction.  Central bank commentary has been getting more of a reaction than normal lately, so remain watchful of any comments made by ECB officials.  Today’s Beige Book release could also get more attention than usual because of this, as it will give the Federal Reserve’s assessment of various economic regions in the US.  Consolidative and sideways trading conditions are likely to remain the main theme through the middle of the week, with most trading positions based on technical analysis rather than driven by news events.

The NZD/JPY is following most of the Yen pairs lower, after forming a recent top at 69.05.  We are seeing something of a head and shoulders pattern on the shorter term charts, with the neckline now seen at 65.20.  Despite the bearish pattern, however, prices are likely to have some difficulty falling much lower as there is Fibonacci and moving average support clustered near 64.30.  Buy positions can be established in this area, targeting a move back to the previous month’s highs.

The DAX continues to post declines after reversing at major resistance, now seen at 7215.  Looking at the daily charts, we can see that prices are currently dealing with significant historical support in the 6610 region, with prices seeing a bounce here of roughly 100 points.  A daily close below support will target the 38.2% Fibonacci retracement level of the move from below 5000 and this is also where the 100 and 200 day EMAs reside, so prices are unlikely to fall through this area on first test.  Wait for a test of Fib support before entering into new long positions.