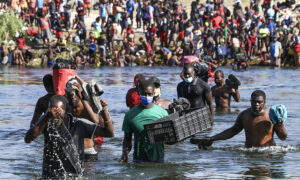 Markets in general (and currency markets in particular) are showing a significant decrease in volatility ahead of key event risks that will come to a conclusion this weekend. The Greek elections that are scheduled for June 17th are contributing to overall market uncertainty because at the moment polling numbers are not showing a clear winner.

The results, of course, will have a drastic effect on the short term direction of the Euro (and, to a lesser extent, the major stock indices), as any indication that Greece is unable to form a majority government that is committed to budgetary austerity will likely lead to major selling pressure into the close of the week.

Other central bank events are seen influencing currency markets, as the USD/JPY is starting to move higher again in anticipation of potential Bank of Japan intervention to weaken its currency. The next BoJ monetary policy meeting will come on Friday, so markets will be looking for any indication that the Bank is open to making its presence felt again in forex prices.

The Reserve Bank of New Zealand will also hold its policy meeting (later to night) but markets are not expecting any changes in the country’s base interest rate. Potential negatives could be seen for the New Zealand, however, if we see any significant downward revisions to the bank’s growth forcasts or inflation projections.

In Spain, government bonds are still showing weakness as the 10 year treasury yield continues to post new EU-era highs, rising by nearly 20 basis points on Tuesday. This is having a similar effect on treasuries in Germany, France and Italy and overall this is showing that markets are still convinced that we will see further negative developments relative to the regions debt crisis and that policy responses are so far insufficient. The latest decision from Fitch seems supportive of this bias, as the agency downgraded the credit ratings in 18 of the larger commercial banks in Spain.

In the UK, the latest manufacturing report showed that productivity is slowing in the country, with a drop of -0.7 percent for the month of April (markets were expecting a fall of 0.1 percent), and this is leading to analyst commentary suggesting that the debt problems in the EU countries is negatively effecting UK export prospects.

The EUR/JPY is bouncing on the longer term charts after breaking significant support areas, but the lack of a weekly close does being the validity of the break into question. On balance, risk to reward favors long positions at this stage, but it must be remembered that these trades would be taken on a weekly time frame, so stop losses would need to be generous. Overall, the upside target is now seen at 111.40.

The DAX is looking very erratic on the short term charts but when pulling out to the broader picture, the downtrend remains clearly intact. Excellent sell entries are now viewed at 6430, as this is the confluence of historical, moving average and trendline resistance, targeting a break to new yearly lows. Profits can be taken on approach of Fibonacci support.