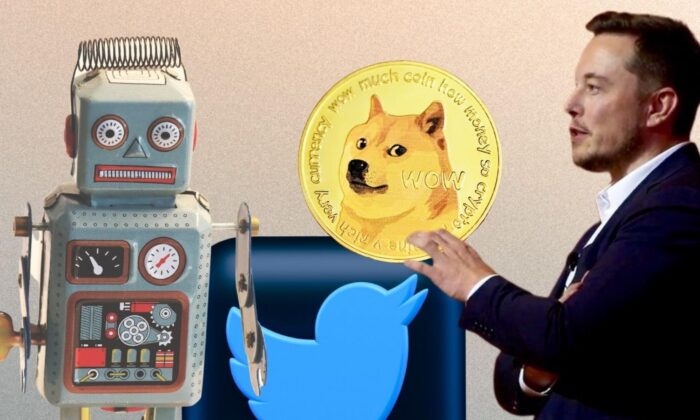 A photo illustration of Elon Musk (R) holding the Dogecoin sign, next to the Twitter Inc.'s logo and a robot. (Steve Jurvetson/Flickr via Benzinga)
Markets

In a recent tweet, Billionaire investor Mark Cuban suggested using Dogecoin to authenticate Twitter Inc. users and reduce the amount of bot-driven spam on the site.

Musk responded to Markus, saying it was a good idea.

Earlier in April, Musk suggested that people who sign up for the Twitter Blue service should pay significantly less than the current $2.99 and should be able to pay in the local currency.

Musk proposed an option to pay with DOGE and asked Twitter users for their views.

Last week, Musk said that if his takeover bid for the social media platform is successful, “we will defeat the spam bots or die trying!”