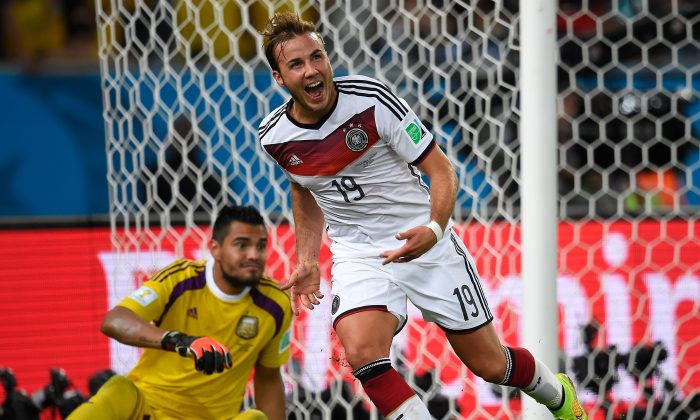 Germany's forward Mario Goetze (R) celebrates after scoring during the final football match between Germany and Argentina for the FIFA World Cup at The Maracana Stadium in Rio de Janeiro on July 13, 2014. (Odd Andersen/AFP/Getty Images)
Soccer