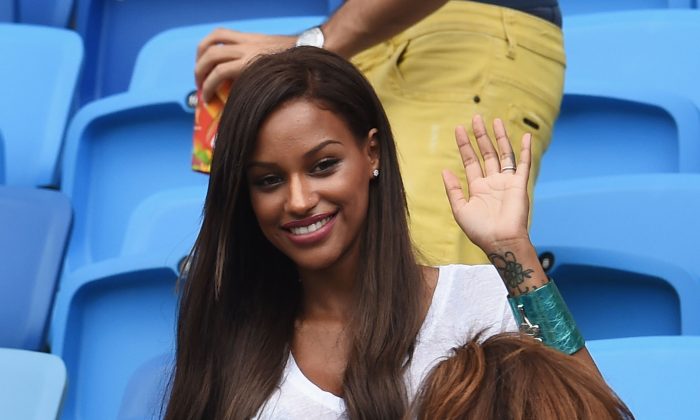 What is known about Mario Balotelli’s girl Fanny Neguesha?

Fanny is a 24-year old Belgian of mixed Congolese, Rwandan, Egyptian, and Italian descent, and she can supposedly speak English, French, and Italian.

She is currently a model, actress, and dancer.

Balotelli and Fanny even appeared together on the front cover of the Italian edition of Vanity Fair in April 2013.

In the Vanity Fair interview, Balotelli was quoted as saying he was “shy” about being in love with Fanny, and that she is a “determined, confident and generous” person.

“In a short space of time she found herself in sync with me. I could spend my whole life with someone like this,” Balotelli added.

“Thanks to Fanny I have rediscovered the balance that I need in my work. She puts our relationship first and foremost, so there are no distractions or rows before games.”

Just before the start of World Cup 2014, Balotelli announced that he was proposing to Fanny.

The couple have not announced their wedding plans as of yet.

Check out Fanny’s Instagram here, and some of her photos below.

See an AP story on Balotelli’s move to Liverpool.

LIVERPOOL, England—Liverpool could be about to replace one controversial striker with another.

Italy international Mario Balotelli has been lined up by the Premier League club as a potential replacement for Luis Suarez, who left Anfield to join Barcelona for $130 million.

Balotelli, who spent 2½ years with Manchester City up to 2013, left the club’s Milanello training ground on Thursday for possibly the last time.

“Mario Balotelli left Milanello’s sporting center at 1330 (local time) after saying goodbye to his teammates,” Milan said in a statement. “Before going through the gates, he said goodbye to members of Milan’s press office.”

Balotelli scored 14 goals in 30 league appearances for Milan last season. He netted 12 times in 13 matches the previous campaign, helping the team to a third-place finish in Serie A.

Liverpool manager Brendan Rodgers has said he is looking to add a striker to his squad before the transfer window shuts on Sept. 1.

Suarez was sold to Barcelona after being handed a four-month worldwide ban for biting an opponent during the World Cup.