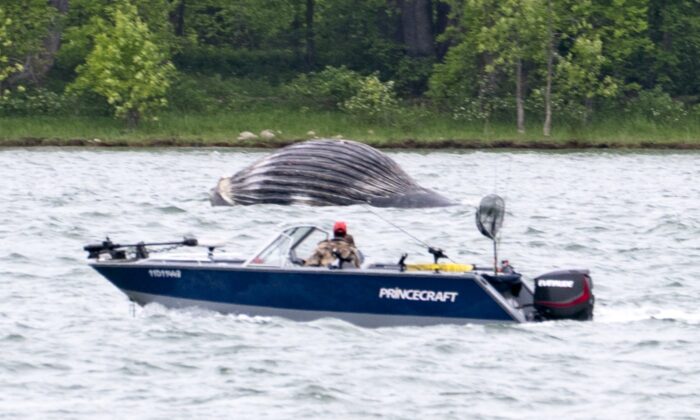 A boat cruises past a lifeless humpback whale drifting down the St. Lawrence River near Vercheres, Que. on June 9, 2020. (The Canadian Press/Paul Chiasson)
Canada

The head of a marine mammal research group is confirming that for the second time in two years a whale has been spotted in the Montreal area.

That whale was found dead in June 2020, and a necropsy suggested the 10-metre-long animal may have been hit by a boat.

Michaud says it’s not clear why either whale would make such a long journey into a freshwater habitat that’s not healthy for it but says the young animals may have been exploring or simply got lost.

A team has been deployed to observe the minke whale, but Michaud says they can’t do much to help it besides warning boaters to be careful and hoping it turns around and heads back downstream.