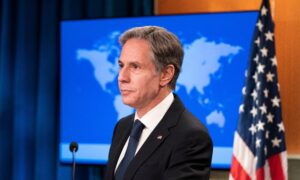 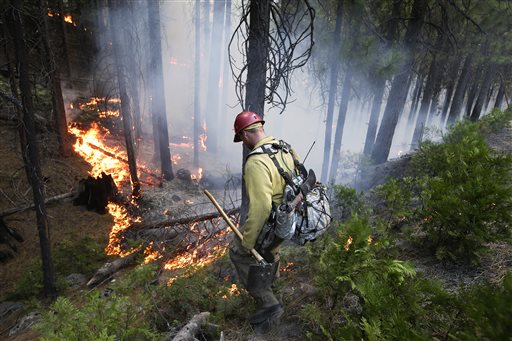 Firefighter Russell Mitchell monitors a back burn during the Rim Fire near Yosemite National Park, Calif., on Tuesday, Aug. 27, 2013. Unnaturally long intervals between wildfires and years of drought primed the Sierra Nevada for the explosive conflagration chewing up the rugged landscape on the edge of Yosemite National Park, forestry experts say. The fire had ravaged 282 square miles by Tuesday, the biggest in the Sierra's recorded history and one of the largest on record in California. (AP Photo/Jae C. Hong)
US

Todd McNeal, fire chief in Twain Harte, a town affected by the Rim Fire that is still burning in California, told a community meeting Friday night: “We don’t know the exact cause. … [It is] highly suspect that there might have been some sort of illicit grove, a marijuana-grow-type thing.”

A video of the meeting was posted to YouTube (see video below).

McNeal said it was definitely caused by human activity, as no lightening struck the area when the fire started.

Stanton Florea, a spokesman with the U.S. Forest Service, told the San Jose Mercury News: “The cause is still under investigation. There has been progress in the case, but we can’t share any additional details at this time.”

The fire has decimated more than 300 square miles.