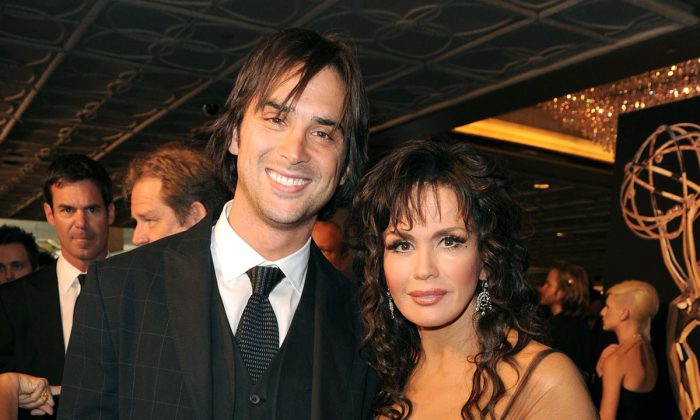 Marie Osmond to be Grandma: Son Announces at Birthday Party

Marie Osmond, 53, announced on CBS’s The Talk on Tuesday that her son, Stephen Craig, and his wife, Claire Olds, are expecting.

She joked at first, telling the audience she’s the one who is pregnant.

Osmond found out after her son, Stephen, blew out the candles of his cake at his 30th birthday celebration.

“He blew out the candles and then blew me away,” she said. “I am so excited I’m going to be a grandma. … I just can’t wait.”