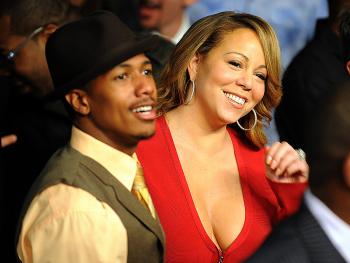 Madeline Liu
View profile
Follow
biggersmaller
Print
Mariah Carey, R&B pop artist, may be on the short list to be the next American Idol judge.

Now that Kara DioGuardi, Simon Cowell, and Ellen DeGeneres are all gone, there is likely only one spot left to fill, if Randy Jackson and Steven Tyler are still keeping their spots.

According to a source that told E! News, “She’s seen what America’s Got Talent has done for [Nick Cannon] and thinks it will be a good career move.”

However, there may be some other things currently going on in Mariah Carey’s life that may direct her attention to somewhere else. There has been a rumor going around that Mariah Carey is now pregnant, and her husband will say nothing specific about it.

[etRelated 41254}"I've said it before and I'll say it time and time again, when my wife feels like talking about whatever she wants to talk about, you will hear it directly from her,” Nick Cannon, her husband, told ITN.