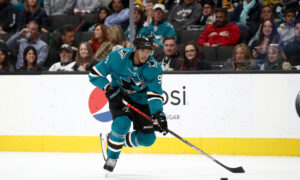 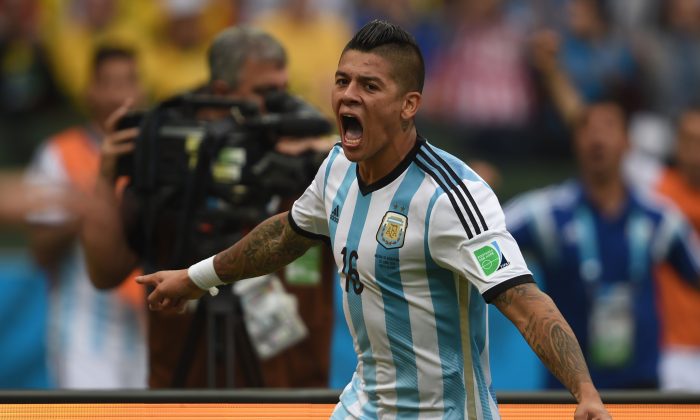 Argentina's defender Marcos Rojo celebrates his goal during a Group F football match between Nigeria and Argentina at the Beira-Rio Stadium in Porto Alegre during the 2014 FIFA World Cup on June 25, 2014. (PEDRO UGARTE/AFP/Getty Images)
Sports

Marcos Rojo has been linked with a move to Chelsea.

The 24-year-old Argentina international has played rather well at World Cup 2014, scoring a goal against Nigeria and helping his side to a clean sheet against Iran.

Rojo can play as a left back or a center back, and Metro has suggested that Chelsea should make a move for him instead of the 29-year-old Filipe Luis.

This is because Rojo is younger and can prove to be a long term replacement option for Ashley Cole, Chelsea’s long-time left back who moved to Roma recently, and at an estimated £12.7 million ($21.8 million), is much cheaper than the £19 million ($32.5 million) Luis.

Liverpool and Manchester United are also interested in Rojo.